Traffic to shift from Etobicoke to Vaughan 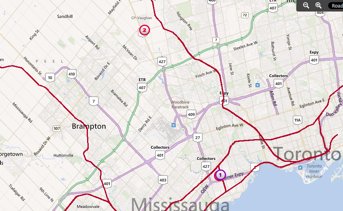 CALGARY, Alberta: As part of its ongoing efforts to create efficiencies in its operations, CP plans to close a Toronto-area terminal.

Beginning in early November, intermodal traffic that is currently handled at the Obico facility in the Etobicoke area of Toronto will be shifted to a facility in Vaughan, Ontario, just north of Toronto. Approximately 30 employees will lose their jobs as a result of the closure.

According to CP, Vaughan’s more up-to-date equipment, its large capacity and its 24/7 operating schedule make it the best choice to be the primary Toronto facility. The company reports that currently 97 percent of CP’s intermodal traffic already originates in Vaughan.