Jim Dinning to work with shippers, railways and other stakeholders during six-month process 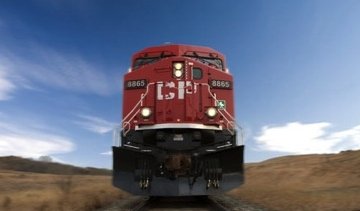 Ottawa: The federal government has appointed former Alberta politician Jim Dinning to lead a six-month process aimed at improving railway service for Canadian industry. Dinning will work with shippers, railways and other stakeholders to develop the outline or template of service agreements to be available to shippers to provide a balanced contractual framework and dispute resolution process. The appointment is part of the federal government’s response to the Rail Service Review Panel’s recommendations.

The Coalition of Rail Shippers (CRS) said it was encouraged by the October 31, noting it was also pleased to see commitment from the minister to follow up with legislation confirming the rights of shippers to service agreements and providing a process for establishing those agreements when commercial negotiations fail.

“We are pleased to see the announcement of Mr. Dinning’s appointment and the CRS, its member associations, and the shipper community, look forward to working with Mr. Dinning on this important initiative,” said Bob Ballantyne, CRS Chairman.

The Canadian Industrial Transportation Association (CITA) also weighed in, saying it was encouraged by the appointment. The government’s actions will help re-balance the commercial relationship between the railways and their customers, CITA said. The organization was also pleased with the tabling of legislation designed to ensure shippers’ rights to a service agreement and appropriate dispute resolution mechanisms.