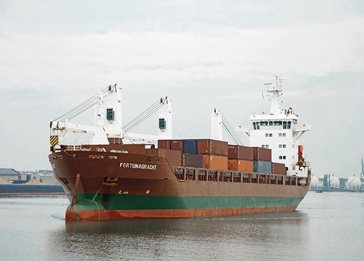 AMSTERDAM, The Netherlands and CLEVELAND, Ohio—The Port of Cleveland and Amsterdam-based Spliethoff Group will add a second monthly vessel to the Cleveland-Europe Express (CEE), the only scheduled ocean service for containerized and breakbulk freight operating between Europe and a Great Lakes port.

“We are extremely pleased to announce our intent to add a second sailing to the CEE starting next season or perhaps sooner to better accommodate the needs of the containerized segment of the market, which requires more frequent sailings,” said Will Friedman, CEO of the Port of Cleveland.

With two ships, the CEE will offer regularly scheduled departures every two weeks from both Antwerp and Cleveland.

The CEE has been operating since April with one ship, the Fortunagracht. It is providing shippers with customized shipping solutions and faster door-to-door transit times between Europe and the North American heartland.

“We have established the CEE as a legitimate, cost effective alternative for the breakbulk and heavy lift market,” said Bart Peters, Director Atlantic Department, Spliethoff Group. “Now with the second ship, we can offer a very attractive option for container shippers. The advantages of an all-water service to the US Midwest, combined with our transshipment connections in Antwerp throughout Europe and the world, make this a very powerful alternative.”

“Valport has serviced our ships for many years at the Port of Valleyfield in Quebec, so they are an experienced and trusted stevedore,” said Peters.