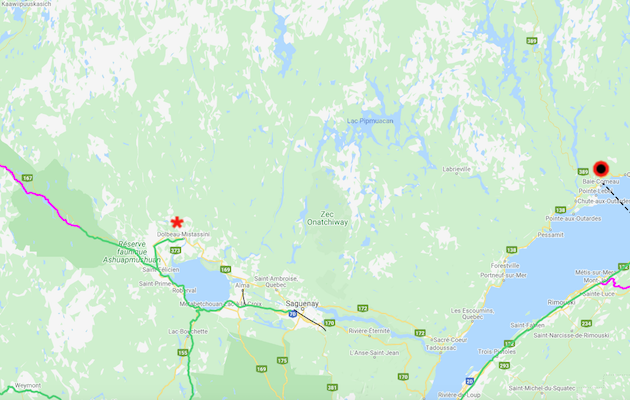 The Quebec railway company Société ferroviaire Qc Rail S.E.C. (Qc Rail) has hired SNC-Lavalin with Norda Stelo to undertake pre-feasibility and feasibility studies to assess the viability of the development of a possible 370-kilometre freight railway in Quebec.

The railway would extend the Canadian National rail network, connecting the city of Dolbeau-Mistassini and the deep-sea Port of Baie-Comeau. According to the federal government’s initial announcement of the project, the railway would move an estimated 800 cars per day, carrying bulk solid and liquid products, as well as general cargo.

If the feasibility studies’ findings are positive, the railway would be the first route to bypass the heavily trafficked Windsor corridor and all its major cities – Toronto, Ottawa, Montreal, Quebec City. It would provide the second-most significant transportation route for goods by rail across Canada, linking railways from the provinces of Manitoba to eastern Quebec, and give northern Quebec better access to foreign markets.

The studies are scheduled to be completed by the end of Spring 2023, and if the findings are positive construction will begin shortly thereafter.

Under this contract, SNC-Lavalin will provide topographical, geotechnical, hydraulic, environmental, and civil studies, as well as the proposal of a route for the project, including plans for railway roads, and cost estimates.

The study will also make it possible to obtain conclusive financial data in order to validate the interest of potential financial and commercial partners in carrying out the subsequent phases of the project. The firm Systra Canada, which was selected as the manager of the study following a previous call for proposals, will oversee its completion.

Qc Rail SEC was created in 2020 with a mission to carry out the feasibility study. It is operated by a numbered company whose board is made up of representatives of the communities concerned by the study, including the City of Baie-Comeau and the Council of the Innu of Pessamit. The board is chaired by Marcel Furlong, president of Innovation and Development Manicouagan.