Shippers and railways still at odds over service agreements 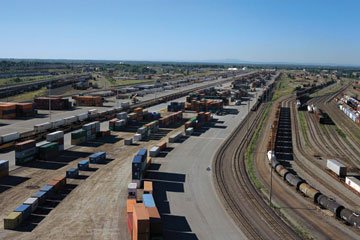 OTTAWA: Following the release of the Final Report of the Facilitator of the Rail Freight Service Review, the federal government is already taking steps to change the way shippers and the railways deal with each other.

The government has committed to table a bill amending the Canada Transportation Act (the Act) to give shippers a right to a service agreement, and a process to establish one, should commercial negotiations fail. The bill should be tabled in Fall 2012.

The Coalition of Rail Shippers (CRS) and the Canadian Industrial Transportation Association (CITA)  applauded the efforts of facilitator Jim Dinning, even if the outcome wasn’t entire what they hoped for.

“I guess it’s about what we expected,” said CRS chair and CITA president Bob Ballantyne.

“There was wide divergence of views between the railways and the shippers, and I think Mr. Dinning himself indicates in the report that gap didn’t really close significantly at all. There is a high degree of distrust—certainly on the part of the shipper community towards the railways and whether the railways would be able to maintain the various improvements they are indicating they have been making. I’d think in a sense it [the report] was neutral. It indicated the discussions were wide-ranging, and the elements of the discussion were probably useful, but the any significant conclusions didn’t really materialize.”

On the surface, it would appear that the report includes suggestions for service level agreement templates, treatment of cross-border traffic, arbitration and dispute resolution mechanisms which the shippers should like, but according to Ballantyne, “there is nothing in there to say the recommendations are compulsory. There is no obvious reason why the railways would really necessarily have to do anything differently other than the status quo. They could go into discussions based on the recommendations Mr. Dinning put out, but how those discussions would play out remains to be seen. One would hope they would be effective, but I would say the shipper community would generally be fairly skeptical they would.”

That’s why Ballantyne is happy the minister of transportation, Denis Lebel, will introduce legislation on rail service in the fall.

“The shipper community is really pleased to see the government maintaining its commitment to move ahead with legislation in this area,” he said. “The legal status quo will change.”

CN, however, was less than pleased with the shippers’ position.

“Shipper representatives, or the associations they represent, chose to advocate a regulatory agenda rather than work within the commercial approached encouraged by Mr. Dinning to reach for the next level in supply chain collaboration and service agreements. They continually demanded new intrusive, regulatory intervention,”  said Claude Mongeau, president and chief executive officer of CN.

“Shippers’ demands for greater government intervention in rail service are clearly misguided. This regulatory stance represents a missed opportunity to take supply chain collaboration to the next level.

“Make no mistake—the intrusive, regulatory-based approach to service demanded by shippers would be unprecedented in a market-based economy. Such an approach would send mixed signals to customers and suppliers around the world about the government’s approach to commercial markets for rail transportation in Canada.

“CN strongly urges the federal government to favour commercial solutions to rail service issues. Canadian railways are widely known internationally for their efficiency and reliability—which is a key asset for a trading nation like Canada. The nation should not put such an asset at risk through additional burdensome and unnecessary rail regulation.”

Transport Canada offers three suggestions as starting points for any contributions to the continuing consultation:

Those interested in contributing their thoughts can do so in person, over the phone or by mail. The consultation process will be open until the end of July 2012.

The full version of the Dinning Report (as it is casually known) can be found on the Transport Canada website.