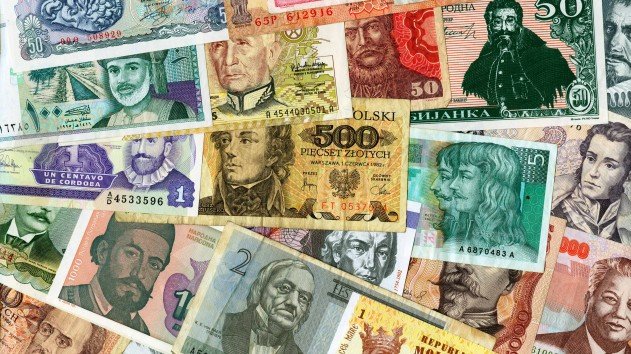 FROM THE NOVEMBER-DECEMBER 2012 MM&D PRINT EDITION

Since the 2008 financial crisis there have been changes—both major and minor—to how trade networks and supply chains are financed. And more changes are due in 2013.

According to Jacob Katsman, CEO of Global Trade Corp, a Toronto, Ontario-based software developer of multi-trade platforms for supply chain finance, roughly 20 percent of global trade is conducted using secure payment instruments (including letters of credit and bank guarantees) while the remaining 80 percent is done through unsecured open account trading.

As much as there is a movement toward open, unsecured accounts, Katsman says there will always be a place for more traditional financial arrangements, even if they are conducted in a less-than-traditional manner.

“We lived through the financial crisis and all of the sudden these things became much more apparent and much more needed,” he said. “In my view they will not go away. People need different mechanisms to trade. There are certain levels of trust and certain levels of transparency, and letters of credit and guarantees will always have a role to play. They will always be there.”

Beginning next year, completing a totally electronic, secured transaction will get even easier, as that’s when the Society for Worldwide Interbank Financial Telecommunications (SWIFT) is expected to officially introduce its Bill Payment Obligation (BPO) financing to the market. (SWIFT is a co-operative comprised of banks and corporations. Its purpose is to create and enforce standards relating to the secure exchange of proprietary financial data.)

“A BPO is essentially a replacement for (or an evolution of) the technique of a letter of credit,” says Toronto, Ontario-based Peter Grills, director of trade finance for BMO Capital Markets.

SWIFT created a platform called Trade Service Utility (TSU) which allows data about purchase orders and the goods being shipped to be exchanged between the four key parties involved in any transaction: the seller, the seller’s bank, the buyer’s bank and the buyer.

Under the TSU purchase order data is uploaded to the network and transmitted from the buyer’s bank to the seller’s bank. When the seller ships the items in question, information about the shipment is uploaded to TSU automatically. If the details of the shipment match the details in the purchase order, the payment is made, also automatically. The TSU provides credit enhancement beyond just the buyer’s ability and willingness to pay, through the BPO.

“It’s similar to a letter of credit, but it’s all automated data matching. It doesn’t involve the presentation of commercial documents to the bank. Just the data.

“If the bank chooses, and has a credit facility for the buyer (which is still a requirement), the bank can issue its BPO over that data exchange transaction, and that becomes a financeable instrument to the seller and the seller’s bank can then choose to provide financing, working capital to the seller, either pre-shipment or post shipment, against that BPO. That is a very important development in the industry,” says Grills.

BMO and the Bank of China were the first two financial institutions to test BPOs for SWIFT in 2010. Since then, work has been ongoing to establish and ratify the rules of how BPOs will be used. Final adoption is expected to happen in April 2013.

This post-recession era has also seen the growth of some less-used practices, including factoring.

“As a company, you sell products to Company ABC. You just want to make sure you’re going to get paid, so you buy insurance that ABC will be able to make the payments in 60 or 90 days,” Daignault explains.

“It’s a great risk transfer tool, but at the same time it’s a great liquidity provider too. When banks calculate how much money they can advance, they look at receivables. They will take into consideration if there is an insurance product on the receivable, and they will tend to include that account receivable in their calculation of working capital. It means that as a company, I am able to get more cash for my accounts receivable.”

“Companies don’t do that as often as they should. Basically if a company has US$20 million in payables but they also have US$5 million in receivables, there are ways to match that off, or net it out, so your exposure is only US$15 million. That US$5 million in savings could amount to more savings of tens of thousands, maybe even hundreds of thousands extra, depending on how volatile the market is.”

“I saw it happen just last week, where a company neglected to tell us six months in advance they had something going on in Europe and the rate moved about four pennies against them during that time. If they had only spoken to us—we expected this change to happen—we could have saved them almost $90,000. That’s somebody’s salary.”

Companies should also consider trading in emerging, non-traditional currencies, such as the Chinese renminbi, advises Grills. By doing so they can garner favour from their foreign trading partners, who prefer to work in their local currencies, and they can avoid inflated charges foreign companies often tack onto bills in order to cover the risks associated with billing in what is (to them) foreign currencies such as Canadian or American dollars.