Santa’s toy bag may be light this year 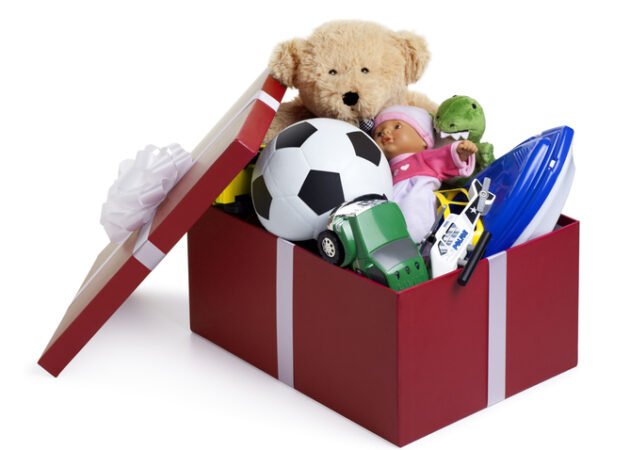 Ahead of the release of the Paw Patrol movie this summer, Toys “R” Us Canada and toy maker Spin Master Corp. did something rarely seen before in the toy industry.

They air freighted Liberty toys – the latest member of the animated search and rescue team – from China to Canada to get the new pup on store shelves in time for the film’s premiere.

“We really wanted to have Liberty available for our customers when the movie came out,” said Katrina Fyfle, Toys “R” Us Canada brand manager. “She was one that we put on an airplane in partnership with the vendor.”

The unusual step underscores the enduring difficulty of operating amid a pandemic and its related labour shortages, escalating material prices, rising shipping costs and lengthy delays.

It also foreshadows what the toy industry could be facing this holiday season, a time that accounts for as much as 70 per cent of all toy sales for the year by some estimates.

Industry experts say toymakers and retailers are bracing for a potentially challenging run up to Christmas this year, and are offering some advice to consumers: Shop early, don’t hold out for big blowout sales and – most importantly – find a good hiding spot until the holidays to deter snooping children.

“The supply chain issues are not going to correct themselves this fall,” Canadian Toy Association spokesman Andrew Wagar said in an interview.

The toy industry group says there will always be toys on store shelves but recommends consumers start their holiday shopping as early as October to avoid being disappointed by potential inventory shortages of some items closer to the holidays.

“I wouldn’t describe it as an increase in pricing as much as a decrease in holiday season toy discounts,” he said. “We are anticipating that those types of sales are not going to be as prolific or as drastic as in years past.”

But whether prices rise depends in part on the toy company and where the goods are made, Wagar said.

Smaller toymakers are more likely to take advantage of the spot market for shipping, which in the past may have been a cheaper option, he said. But soaring demand for cargo space has sent spot market prices up 500 to 800 percent.

Claire Hutchings, co-owner of the independent Dilly Dally Kids toy store in Vancouver, said nearly every supplier they work with increased their price list this summer – some for the second time in a year.

“Prices are definitely going up far more significantly than what we’ve ever seen in the past,” she said. “The cost of plastic resins has also gone up and the base cost of wood has gone bananas. So we know they’re not price gouging.”

The toy store has been absorbing price increases over the last couple of years as much as possible but will likely have to pass some of the higher costs along, Hutchings said.

“This was the tipping point,” she said. “We still won’t up our prices if we can handle it but in some cases we might have to.”

As for inventory, Hutchings said she started ordering six weeks earlier than normal for the holiday season.

“We are seeing lower stock availability across the board,” she said. “It’s rare that I put an order out and I get 100 percent of it. To mitigate that we’ve been buying early so our warehouse right now is really full.”

But that’s unlikely to last, as wait times to restock sold out items are unpredictable and new orders placed in the coming months likely won’t arrive before the holidays, Hutchings said.

Fyfle with Toys “R” Us said the store is still waiting on some of the toys that are expected to be popular with kids this year.

Those late-arriving goods could benefit last-minute shoppers, but she said if shoppers see something in stock now it’s best not to wait.