Transportation contract negotiations for 2021 definitely won’t be for the faint of heart or those unwilling to entertain more than one possible scenario for an economy still in the grip of Covid-19.

This year’s annual Transportation Buying Trends Survey was purposely conducted a bit later than normal (it was completed mid-November) to provide the most up-to-the-minute reflection of what to expect in this rapidly shifting scenario.

Included on the following pages are highlights for the TL, LTL, rail, intermodal, marine, courier and air modes. Read on to see what shippers across Canada expect for increases in their freight rates, the penetration of surcharges, and their concerns regarding capacity constraints. 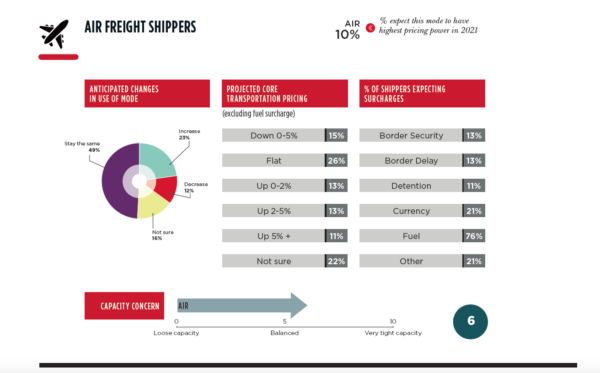