5G will power the logistics operation of the future, but how will it get there? 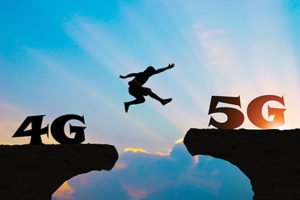 The hype wars around tech trends can get pretty animated, but things had clearly gotten ugly in February when U.S. telecom carrier Sprint ﬁled a lawsuit claiming that its competitor, AT&T, “has sought to gain an unfair advantage in the race to 5G by embarking on a nationwide advertising campaign to deceive consumers into believing that its existing 4G LTE Advanced network is now a 5G network.”

The controversy has clouded an already confusing landscape. There are, in fact, two separate technologies that bear the name 5G. One is an abbreviation for “5GHZ Wi-Fi”, the current standard for Wi-Fi routers which happen to utilize the 5GHZ frequency band. The other is the acronym for “5th Generation” of the international cellular standard.

The latter is drawing all the attention, reflecting that it is far more than an upgrade of the existing 4G. It is this 5G that experts see as a huge leap forward in wide area communications that will signiﬁcantly accelerate developments in areas such as artiﬁcial intelligence, robotics, Internet of Things (IoT), and virtual and augmented reality (VR/AR).

5G is expected to deliver data rates of 10GB per second, roughly 20 times faster than 4G, allowing a consumer to download a high-resolution movie in two seconds. Of more interest to industry, however, is the signiﬁcant reduction in what’s called latency – the time it takes for a device to receive and respond to a message.

“Latency improvement, or improved response time, excites many network engineers more than the faster speed,” says Lawrence Surtees, vice-president, communications research at Toronto-based technology research ﬁrm IDC Canada. “5G promises response time of below one millisecond for a message, compared with between 50 and 70 milliseconds for 4G.”

Low latency, Surtees points out, will be essential for autonomous vehicles and other emerging applications. “Driverless vehicles will need this fast response time to make split-second decisions with 5G sensors along the road to potentially avoid an accident.”

But 5G’s impact will be even more far-reaching. 5G’s architecture is based on two other leading-edge networking standards, and Surtees says that this will usher in a new era of interoperability.

“I believe the combination of 5G, Software Deﬁned Networks (SDN), and its companion Network Functions Virtualization (NFV), will be the most profound development to occur in telecom in our lifetime.”

The impact on logistics

There’s a clear role for 5G in the fully automated logistics operation of the future, where shipments arrive at a distribution centre in driverless trucks, are broken down and re-packaged by robots, and then delivered to stores by drone or autonomous van. Here, 5G will provide a seamless platform for integrating a wide range of high-speed equipment and communications infrastructure.

In the near term, however, existing technology is more than adequate for applications both within facilities and on the roads, and 4G will continue to support new software innovations.

“We’re putting more and more computing power into the wireless side of things, which puts more functionality in the hands of the drivers,” says Greg Braun, senior vice-president, sales and marketing for Montreal-based logistics software provider C3.

The real challenge is that cellular coverage is inconsistent in many parts of Canada. “The problem is when we don’t have 4G,” says Braun.

“Outside of urban areas you’re going to be running into 3G or possibly even less than that. For our applications, we don’t need higher bandwidths than 4G, but we do need 4G speed consistently.”

An important aspect of 5G is that it will operate at various frequencies, and at the lower end of the spectrum, will utilize bands are currently occupied by 4G. The higher frequencies, typically in the 25 GHZ range, are necessary for the speed required by autonomous vehicles, but have the disadvantage that they don’t transmit through walls, and therefore are unsuitable for use within a facility.

This is particularly relevant for applications in distribution centres and warehouses that employ Internet of Things (IoT) technology.

“IoT is narrow band data, ” says Michael Martin, national IoT executive for IBM Canada, “so we can live quite comfortably in the lower bands – 8 or 900 MHZ, or 3.5 GHZ.”

This will allow 5G IoT applications to operate without the transmission restrictions of the higher frequency wavelength bands. “When you connect logistics,” Martin says.

“I would suggest that you want lower frequencies – frequencies where the normal 4G will be converted to 5G with higher orders of modulation. So you’ll have the same spectrum, but a higher data rate, which will allow more to be done in those low frequencies.”

Martin also points out that IoT can work well with today’s technology. “A lot of the core infrastructure is there,” he says. “If somebody wants to deploy IoT, I would say that the carriers are ready for it today.”

Another important factor is that Wi-Fi 6, the latest Wi-Fi standard, incorporates many of 5G’s leading-edge features, and Wi-Fi 6 products are now available. “Wi-Fi 6 is designed to have not just a greater bandwidth,” says Surtees, “but reduced latency as well, which will provide a degree of compatibility with 5G.”

As Surtees explains, Wi-Fi 6 also includes 5G-like features that will make the transmission and reception of data more efﬁcient. For example, a Wi-Fi 6 router will be able to communicate with multiple devices simultaneously rather than having to broadcast to each one-at-a-time (known as multi-user multi-input multi-output or MUMIMO). It will also be possible to send data to multiple devices in a single transmission (orthogonal frequency-division multiple access or OFDMA).

Wi-Fi 6 devices also support regular check-ins with the router, reducing the amount of time IoT devices need to power up antennas, thereby increasing their battery life. Essentially, Wi-Fi 6 makes it possible to develop next-generation functionality within facilities that can be transferred to a future 5G environment.

Compared with the U.S., the 5G conversation in Canada is less adversarial. Forecasts of the time frames are also more nuanced – while U.S. providers are announcing rollouts in multiple cities, Canadian providers are saying very little. Experts say wide availability here is still several years away.

One factor affecting timing is that the details of the 5G standard won’t be ﬁnalized until March 2020. “We had a version ratiﬁed in March 2019, which set the stage,” says Martin. “But, for example, the spectrum options are still not resolved in Asia, Europe, Canada, and parts of the US, so we still don’t know what frequencies we’re going to be dealing with.”

5G will also require a major infrastructure overhaul that will be particularly challenging given Canada’s geography. “5G uses a very high frequency spectrum, which is called the millimeter wave (mmwave) spectrum,” says Jeet Narsing-hani, a Toronto-based systems engineer, “and signals have a much shorter range and are easily obstructed. So instead of today’s cell towers, which can have a range of many kilometres, 5G access points will have to be installed on every second electrical pole on the roads, and they will have to be interconnected with ﬁber optic cabling. So this is a very signiﬁcant project.”

The wide availability of 5G in Canada is likely to be further away than many people expect. However, application developers have plenty work with in today’s networking environment.

“People need to ask in which applications it would be preferable to have 5G,” says Surtees. “Many applications – advanced driver assistance systems, platooning, vehicle management systems, dynamic routing systems, driver scorecard – are developed and can be put in place now using 4G.”