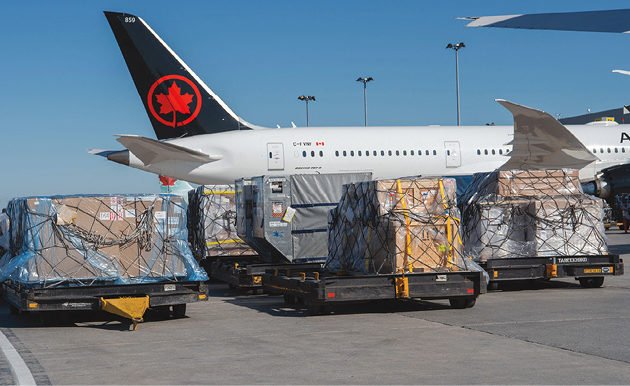 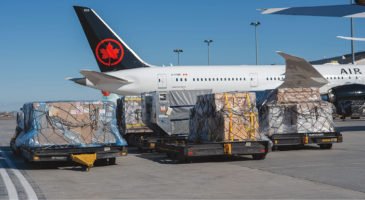 While the aviation industry may have suffered the most dramatically thanks to the Covid-19 pandemic, air cargo was the bright spot that kept numerous companies afloat through the worst of the resulting economic shutdowns.

This was a “unique year, where cargo was the star,” said Darren Hulst, vice-president of commercial marketing at The Boeing Company.

The surge in demand for personal protective gear put a rush on capacity at the same time that passenger flights were cancelled, removing their bellyhold space from the market. It meant that all-cargo carriers were able to step up and increase rates, while passenger carriers took on the challenge by creating “preighters”, passenger planes adapted to carry freight in the cabin, as well as in the hold. Likewise, many parked freighters were recommissioned, alongside new orders, to boost the global fleet by 90 planes in 2020, Boeing said.

Still, with capacity down 25 percent, cargo load factors were up 10 percent over 2019, according to IATA data, while Boeing, in its annual air cargo forecast call where Hulst spoke, reports that utilization was up 20 percent and freighter operations climbed 120 percent over 2019. This was on the back of a 90 percent decline in bellyhold capacity, which normally carries more than 50 percent of global air cargo.

Hulst said we will “continue to see a shortage of bellyhold capacity through the winter.” Coupled with a rapid economic recovery that will see a return to 2019 levels of production, GDP and trade, this will incentivize the continuing use of preighters and see continued constrained capacity, Hulst added.

IATA’s data confirm the suggestion that recovery is imminent or already underway. “Our confidence index shows manufacturers are feeling positive,” said Brian Pearce, IATA’s chief economist. “Readings are higher than they were prior to the Covid-19 crisis.”

The continuing boom in e-commerce will also help boost air cargo traffic, particularly for express carriers. Boeing’s forecast sees express outpacing general aircargo by 2.5 times, on the back of e-commerce spending that’s forecast to grow by US$3 trillion over the next five years.

Complicating the 2021 scenario for air cargo carriers is the growing question of Covid-19 vaccines. (See page 7 for an in-depth look at the vaccine distribution challenge). At a moment when capacity is constrained, they may be asked to step up to what many are calling the biggest challenge logistics providers have ever encountered.

“We cannot quantify or time it,” ACL Airshop chairman and CEO Steve Townes said in a brieﬁng call. “There will be multiple sources of manufacturing; there will be thousands of air cargo flights needed. This will be positive for the air cargo industry – it will cause every air cargo operator in the world to be challenged beyond anything they thought possible.”

Getting the bellyhold back

As 2020 comes to a close, IATA is making dire predictions about the future of the aviation industry in the absence of massive government bailouts. However, the association is working with governments around the world to develop Covid testing protocols that will allow for passenger travel again. This would unlock much of the grounded bellyhold capacity, Pearce said, easing some of the constraints that the industry is facing in regard to vaccine transport.

Closer to home, Matthieu Casey, director, cargo revenue management and business strategy at Air Canada Cargo, is taking a cautious approach to the coming year. Casey spoke at a CITT multimodal panel in November, saying it’s still unclear how many of the adaptations that air carriers have made will stick in the long term.

In addition to upward pressure on rates due to reduced capacity, he said he expects shippers will be more calculated in their capacity forecasting. “Traditionally, you’ve seen a lot of ad hoc stuff…where they just expect capacity to be in certain spots at certain times when they need it, but not necessarily forecasting and planning as much as they might be doing now and certainly into the future as things tighten up a little bit,” he said. “I think it helps improve the dialogue with all parties at the table in the logistics chain.”