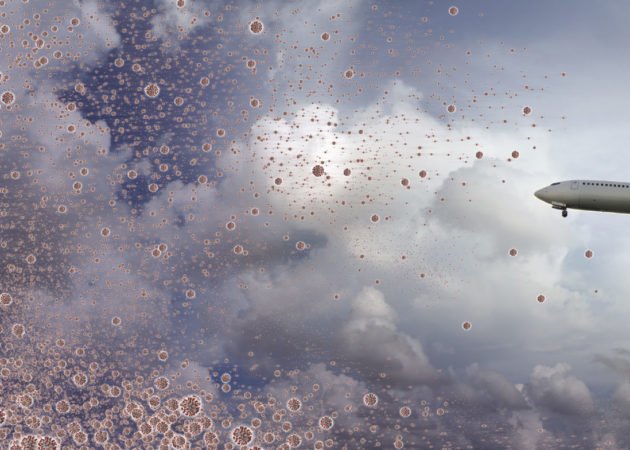 The outbreak of the Covid-19 pandemic upended air cargo operations. As nations closed their borders and air travel collapsed, airlines slashed networks. Lufthansa and Cathay Pacific cut flights by 95 and 96 percent respectively. Air Canada (AC) suspended most of its cross-border and international flights, leaving only skeleton service to a few U.S. cities, a handful of European destinations and one route each to Asia and Latin America.

In the early stage those flights carried freight, but it was not regular commercial traffic. Only the most urgent, absolutely necessary shipments were loaded, says Tim Strauss, Air Canada’s vice-president for cargo. 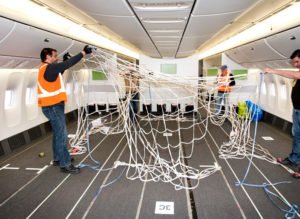 The implosion of passenger networks has eliminated a huge chunk of belly-hold capacity. About 60 percent of transatlantic and about 45 percent of transpacific airfreight normally moves on passenger planes. In late March a growing number of passenger airlines began to deploy some of their planes for cargo charters, predominantly between North America and Europe. The major U.S. airlines joined the action, as did AC.

Its first flights went from Toronto to Frankfurt, Amsterdam and London. By and large European routes are half the distance of Asian sectors, so the variable cost is significantly lower, Strauss points out. At this point airlines will avoid anything that burns cash, he says.

Cargojet, Canada’s largest freighter operator has also pulled back from international flights, but – unlike AC – it’s going full throttle. It has shifted aircraft deployed on international scheduled and charter routes to the North American theatre to support the movement of healthcare and essential supplies as well as increased volumes of e-commerce. Should demand exceed the capacity of its overnight network, management is prepared to run more daytime flights.

The all-cargo outfit had a strong 2019, with revenues climbing seven percent to $486.6 million and EBITDA up 21.9 percent to $156 million. The momentum has carried on into this year, driven largely by e-commerce.

This was in contrast to the international arena. Cargojet suspended its service to Latin America last year, and its interline business with international carriers – notably Asian airlines – declined about 30 percent. Management was hopeful that this would pick up in 2020, but the Covid-19 outbreak has hit those hopes, says executive vice-president Jamie Porteous. 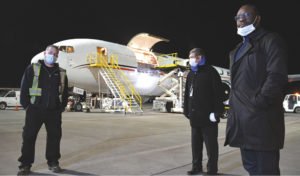 Edmonton International Airport completed its Fresh Cargo Center last year to cater to the latter two segments. Pharma traffic has been growing thanks to the development of a pharmaceutical cluster in the area, Lowe says.

To demonstrate its credentials in handling pharma traffic, Edmonton has gone for official accreditation under the Center of Excellence for Independent Validators (CEIV) program, an industry standard championed by the International Air Transport Association (IATA). The next step is to validate specific traffic lanes with other airports that have the CEIV badge, Lowe says. This guarantees shippers that every process on either end and on the airline that links them is certified to comply with specific standards.

Canada’s perishables exports were going strong last year, led by lobster and other seafood shipments to China, but the Covid-19 outbreak abruptly halted this traffic during the Lunar New Year holiday, and volumes afterwards have been a far cry from earlier levels, one forwarder reports. Freighter flights between Halifax and China have been reduced as a result.

While its traffic is down to a trickle, AC Cargo is using the slow time to train its staff using on-line courses on the use of artificial intelligence (AI) tools that the carrier has developed through its participation in Ottawa’s SCALE AI initiative, which aims to build the next-generation supply chain and boost industry performance by leveraging AI technology.

For AC Cargo a big focus has been maximizing capacity by getting a better handle on late cancellations and incorrect booking volumes, which usually result in planes departing with less payload than anticipated. The use of AI to identify patterns revealed that cancellations and other reductions in booked volume during the final week before departure occur at 60 percent of the rate of bookings. It also found that nearly half the time some customers turn up with more or less freight than they booked. These findings enable the airline to improve load factors by six to eight percent, Strauss says.

Vito Cerone, AC Cargo’s director of marketing and sales, Americas, adds that the rise of e-commerce and other trends in commodities moving by air changes the approach a carrier has to take to its mix of freight on a plane.

“We can use AI to try to find the right blend. It depends on the day on the week, on the aircraft type and other factors,” he says.

The use of AI is at the cutting edge of a broad push to digitize as much of the business as possible. Strauss intends to use the virus-imposed slow period, which AC expects to last for about three months, to make another push on that broad front.

“A lot of procedures still require paper. We hope to get those digitized over those three months,” he says.

Airlines have put a lot of energy into automating the quoting and booking steps. Many have installed mechanisms to respond automatically to price inquiries and take bookings for shipments on their websites. IATA has been a tireless advocate of digitizing processes, urging users to replace paper documents and manual submissions with technology.

A growing number of carriers have also teamed up with third-party booking portals like cargo.one to go after ad hoc traffic from shippers that are not regular customers.

“Booking platforms are game changers,” remarks Ken Singh, president of Atlas International Freight Forwarding. “They are good if you need an instant quote. Instant pricing is a very effective tool for the requests that you do right now.”

However, he warns that fewer and fewer people will use these platforms if they do not provide net-net pricing.

As with other aspects of the business, the Covid-19 pandemic has affected online booking. The cargo charters that several airlines have launched with passenger aircraft usually cannot be booked electronically. Many of those carriers have set up charter desks to coordinate this and refer clients to their local sales staff to make bookings.

In the present situation, much of the industry’s activity is reactive. “Capital plans are all out the door, and probably for the whole year,” remarks Strauss.

“We’re taking it one day at a time,” says Lawrence, adding that there are always opportunities, such as medical charters in the present situation. However, monopoly situations at some airports can frustrate efforts to organize a charter, for instance if the incumbent is not flexible to accommodate an ad hoc flight, he remarks.

When it kicks in, the recovery should unleash strong demand for air cargo, he reckons. He is not alone with this outlook. “The cargo business will come back in demand before the passenger side,” predicts Strauss. As trade ramps up faster than passenger traffic, belly capacity will lag demand. “I expect three to six months of heavy demand for air cargo,” he says.