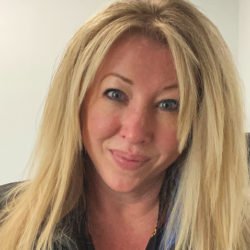 Canadian discount retailer Giant Tiger is an outlier when it comes to hiring women. More than two thirds of the company’s employees are women – 6,700 in a total workforce of 10,000. But even more outstanding is that 42 percent of senior executives are female.

At a time when women only hold 13 percent of leadership positions in the supply chain (see page 12), Giant Tiger is showing exemplary leadership in its hiring and promotion practices.

We sat down with Julie McCahon, the company’s loss prevention manager for supply chain/transportation, to talk about her experiences as a woman in supply chain, and what it took to get to get to the top of her field.

McCahon began 25 years ago with a formal education in Law and Security Administration at Mohawk College in Brantford, Ontario. This led her into the loss prevention industry, where she started her career as a floor-walker with K-Mart. After six years another retailer recruited her, and that position really helped her “find her groove” in the industry. It was here that she recognized how results-driven she is.

She worked her way up to national management positions, including director of loss prevention for Roots Canada and national loss prevention manager for Red Apple Stores Inc. In February 2020, McCahon joined the Giant Tiger team in her current position, pivoting from focusing on reducing shrink at the store-level to overseeing loss prevention issues that impact the supply chain.

In her new role McCahon manages 14 staff and oversees loss prevention in both the company’s warehouses and during transport. “You have to get into all the minutia, a lot of reporting and analytics,” she says. “It’s looking at shrink and losses on a different scale; it’s more volume as opposed to a store level, more unit-based, so that’s been one of the biggest differences from my former roles.”

Along with that change, arriving in February 2020 meant McCahon also landed at Giant Tiger along with the Covid-19 pandemic.

“I loved every minute of it,” she says of her arrival and how the company handled the disruption caused by pandemic shutdowns. “I was blown away. It’s an amazing organization, an amazing group, and they have amazing leaders, so I think it was just like skipping over a puddle rather than the tidal wave that hit other organizations. It was a challenge, of course, but you go with the flow, figure out what’s best for the organization, and that’s what we did. “

As a woman who started out in a traditionally male dominated field – security –
McCahon has had plenty of opportunity to observe the dynamics of being in the minority at work. But she doesn’t believe that being a woman led to lost opportunities in her career.

“I’ve been fortunate enough that being a woman with my skill set,” there have not been lost opportunities, she says. “I’m a strong individual, and I was born and raised by an amazing woman, I’ve been surrounded and mentored by wonderful women my whole life, and told that really nothing’s really out of reach. If I missed an opportunity, I didn’t notice, and here I am today, so I like to think I didn’t.”

McCahon credits a couple mentors with teaching her important lessons on how to navigate professional life. “I reported to Lori Ann Romano as my district loss prevention manager back with Walmart,” she recounts.

“She had this spark and nothing stopped her. She had a way of delivering a message, of being people-caring, as a woman just naturally, and I learned a lot from her from that respect. To be able to see that you can still be a compassionate woman and care about things, and still hold the line.”

Recognition for what counts

While there are times when McCahon says, “I’m conscious that I’m a woman in this industry, just based on numbers,” she adds that her experience has shown what matters is drive and capability.

“I think I’ve been recognized for what I bring to the table, in terms of being a woman who likes numbers, is results-driven, can push and try to push someone in a way that’s respected, in line with what I do.”

Giant Tiger is a revelation, she concludes, because “I’m surrounded by women everywhere here and we have some great leadership. I’m proud to have joined this team, not just as one of the leaders but one of the female leaders. I’m not the exception here, which is great.”