Hello to the new deal 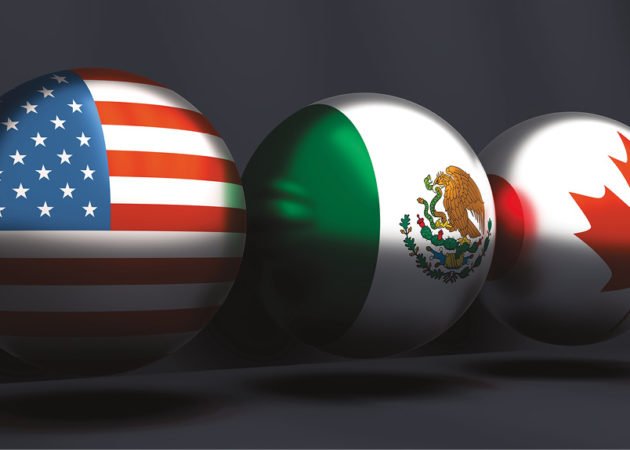 Regardless of what you call it, the new North American trade pact, which came into force on July 1, 2020, is causing some sleepless nights for parts makers on this side of the U.S. border.

The new tripartite deal replaces NAFTA, and is called by a different name in each of its signatory countries. We call it CUSMA, the U.S. prefers USMCA, and in Mexico it’s known as T-MEC. However, the Canadian Auto Parts Manufacturers’ Association (APMA) is promoting a different approach, suggesting UCT, taking the first letter of each of the other acronyms.

The most important fact, however, said Joy Nott, partner, trade and customs practice at KPMG, is that the agreement is not an amendment to NAFTA. It completely replaces the old legislation, meaning that any documentation that mentions NAFTA was rendered completely obsolete and ineffective on July 1. “Documentation, contracts, anything else where the reference to NAFTA exists…needs to be updated to existing law,” Nott said during an APMA webinar.

But updating documentation is just part of the process that manufacturers should have started as soon as the negotiations for the new deal began – figuring out what it will mean for their business. Any company that has done cross-border trade during NAFTA would have systems in place that will need to be adjusted, Nott said.

Doing all this during a pandemic has been a challenge. “In order for me to qualify a good that I send to a customer, I need to go down to my suppliers and get the solicitation documents and the certification documents, and when people are just starting to come back to work now, it’s definitely making it a lot more difficult,” said Karin Muller, director, customs compliance and trade governance at Magna International.

“It’s literally unprecedented to learn and comply with such a complex and new set of rules of origin in less than 30 months, or in 30 days, let alone during a pandemic. There are a lot of challenges. The good news, though, is that we’re all in the same boat, so as a supplier, we are facing the same issues that our customers are facing.”

In addition to the short timelines, the actual date of July 1 is problematic, Muller noted. Previously, goods were certified based on the calendar year. Now July 1 introduces a mid-year requirement, and some suppliers are choosing to certify just until December 31, and then again from January 1 to June 30, 2021. Magna decided to ask its suppliers for a 365-day certificate to “alleviate some of the administrative burden”, Muller said. “We feel that we will have all of the data that we need to respond to our customer requests in the event that they’re going to break it down into six-month periods.”

She noted that every company will have to make this business decision. “You might have cost increases that take place on January 1. That might impact your regional value content when you’re doing the calculations, so you might feel that the six-month period is better for your particular company,” she added.

Other significant changes from NAFTA to UCT are automotive-specific product rules, new terminology, and a gradual transitioning of regional value content (RVC) every year for four years. Muller strongly recommends that customs staff get training so they can properly understand the changes from NAFTA. “If you do have a customs department and they come to you and say, ‘We need training,’ please listen to them, because there are key differences in how you calculate the regional value content,” she said.

However, Muller suggested a simple way to start is to identify priority parts that cross the border. Take the old NAFTA tariff classification number and the rule of origin and then compare to the UCT rules of origin. “The majority of companies have less than 15 tariff classification numbers, so again, if you break it down like that, then it won’t appear as overwhelming,” she added.

For a finished vehicle to qualify under UCT, it has to meet four requirements, and if any one is not met the vehicle cannot be certified as UCT originating. They are: labour value content, steel and aluminum content, regional value content and core parts content. Over the next four years the values of each will be gradually shifting upwards to allow the OEMs transition time.

However, Muller noted that the new requirements will be tough for the OEMS to meet, and there is a provision for an alternative staging regime, which slows down the process. “My understanding is that the majority of the OEs are applying for this,” she said. “It’s not available for service providers or parts manufacturers –
and the OEs have to go through a very lengthy application process.”

This would become relevant to the parts makers only if the OE needs a labour value content (LVC) statement on a key component, Muller added. “They shouldn’t be asking for LVC on every part, which is what some of the customers are doing,” she noted. “They need to do their work first, once they’ve done their calculation and they know it’s a key component, then they should be asking you for that information. If you are getting that request for every single part that you are providing, then I would suggest that you have a discussion with them, because if they’re doing that, then they’re in deeper trouble than we thought.”

Under NAFTA there was one single certificate of origin document that everyone had to use. Under UCT the rules simply specify that nine data points must be included, with no further structure provided as to how or where this information should be included. “It’s turned into an administrative nightmare,” Muller said.

Nott agreed. It may have sounded like a good idea to bureaucrats, but “when you actually try to operationalize that, and try and execute it through complex supply chains, and through small and large companies, it takes away the standardization of passing information from one party to the next,” she said.

KPMG has created a template that Nott will share on request. The most important point, however, is that however your company decides to share the information, as long as the nine required data points are there, it will be acceptable.

With the very short turnaround from the rules publication to entry into force, it’s natural that many companies are scrambling to understand the new deal and how it affects their business.

“A lot of companies [were] watching the negotiation process and not really knowing where the shoe was going to drop. So, wherever you are on this road, if you’re not finished, you’re in good company. There’s no need to panic,” Nott said.