Sustainability in 2020: Inside the “world’s most sustainable DC” 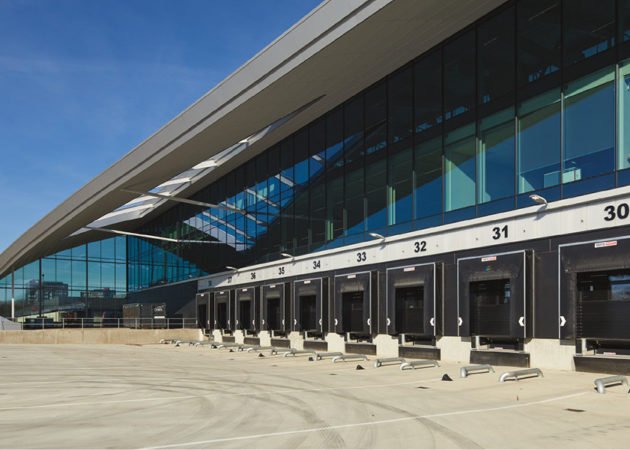 The Rhenus DC and HQ received the highest green building rating ever from BREEM.

Calling yourself the “world’s most sustainable DC” might be considered hyperbole, that is unless you can back it up.

Nicknamed “The Tube” because of its cylindrical design, the Netherlands head office and distribution centre for multinational logistics company Rhenus, located on the outskirts of Tilburg, may attract stares from commuters on the highway alongside it, but this warehouse boasts the green credentials to back its claim as one of the world’s greenest industrial buildings.

With over 13,000 solar panels, the site produces not only enough energy to power its own production, but also feeds back into the country’s general supply lines – powering approximately 750 households on an annual basis, according to its senior vice-president Alphons van Erven.

“We’re an energy producer,” he told a room of visiting journalists on a tour of the country’s logistics sector, hosted by the Netherlands Foreign Investment Agency (NFIA) and the Holland International Distribution Council (HIDC).

“Using the entire roof for solar panels was a good business case for us and it’s a win-win situation for Rhenus and the Dutch government.”

In May this year, it received the highest-ever rating (99.48 percent) for an industrial building from British sustainability assessors BREEAM, which has analyzed the green design and concept of more than 500,000 buildings in over 80 countries.

The 650,400-square-foot building is completely airtight, meaning no hot air escapes in the winter. The roof also houses two large pumps that draw heat from the air outside and use it to keep the inside of the building warm. There are electric boilers for exceptionally cold days, which the company estimates are used only 10 days each year.

Along the side, and at either end, are huge glass windows, allowing light to flood into the building.

Not only is it thought to improve the wellbeing and productivity of workers, by making it a nicer environment, but it means they use 70 percent less electricity in lighting the premises.

“The idea was to have a building that is comfortable to work in,” said van Erven. “It helps us attract people in what is a very tight labour market.”

Sustainability measures even extend to the toilets, which use rainwater collected on the roof.

Van Erven is “quite convinced” that companies that are not already taking such measures should be forced to by governments.

“There is a discussion here in the Netherlands that companies with big carbon footprints will have to pay a penalty on the amount of C02 they are exposing to the air,” he said.

“We have an advantage because we don’t have any C02 pollution anymore, so in the future it will pay off.” 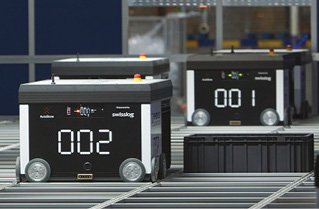 The Rhenus DC and HQ received the highest green building rating ever from BREEM.

During the tour, Rhenus also showed off its newly installed AutoStore system.

The AutoStore system, provided by Swisslog, has a surface area of 1,000 square metres, and is equipped with 21,000 containers, 19 robots, two infeed and three order-picking ports. The automated order picking and storage installation is integrated with both the Warehouse Management System (WMS) and Transport Management System (TMS), both of which provide weighing and measuring scanners.

According to van Erven, the robotic system will help Rhenus to serve more customers. “The AutoStore system assists in further improving the accuracy of its order picking and in fulfilling the customers’ growth needs through optimization of continuity and quality,” he said.

And, according to AutoStore’s U.S. business development manager Andrew Benzinger, “labour and space savings are paramount for our customers, but they love to hear that the power consumption of ten AutoStore robots equals one vacuum.”

“The acquisition is an important step for Rhenus in establishing a network in Canada,” said Jörn Schmersahl, CEO, Air & Ocean Americas for Rhenus Freight Logistics. “Rodair’s entrepreneurial and family oriented history and conviction to the same values will make an important contribution to the ongoing growth of the Rhenus Group.”

Jeff Cullen, CEO of Rodair, added, “Being integrated into the Rhenus Group enables us to become part of an entrepreneurial global enterprise with depth expertise and passion which offers us the best prospects for long-term and sustainable development.”