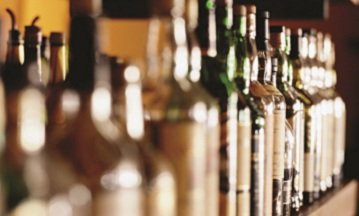 Step-by-step, the Liquor Control Board of Ontario (LCBO) is making business flow better by moving some core supply chain procedures into the cloud.

The Ontario government agency, responsible for purchasing and retailing wine and spirits in the province, has steadily been looking for ways to streamline procedures, reduce errors, and free up staff from clerical duties so they can perform more complex, higher-value work. To that end it has completely reworked both its purchase order and inbound delivery scheduling systems, and turned them from laborious, inefficient, paper-, fax- and telephone-based processes into Web-based, automated, self-serve systems.

The LCBO buys alcoholic beverages from roughly 2,700 suppliers in 75 countries. Some suppliers are major, multi-national organizations. Others are small artisanal producers who sell only a few cases of wine to the LCBO every year. In total the agency issues about 40,000 purchase orders (PO) annually.

Implementing a system that was both robust enough to handle the number of purchase orders the LCBO issues and simple enough that it could be used by its entire supplier base made choosing the type of platform a pretty easy decision.

“We knew it needed to be Web-based. We knew it needed to be accessible from anywhere in the world, around the clock. It had to provide that PO visibility. It had to be secure, and have a secure protocol for access and it had to provide online training for problem issues and support problem resolution 24/7. We also needed it to provide good audit trail tracking, exception reporting and real time visibility,” says Lisa MacGregor, director of supply chain for the LCBO.

The LCBO was already using a few applications, including its new submission system (NISS), developed and hosted by the Mississauga, Ontario-based QLogitek division of Logitek Data Sciences Ltd, so it returned to that company to create a Web-based purchased order management system, referred to inside the LCBO as WEB PO. WEB PO, however, was was much larger in scope and was to be the first step in a more integrated supply chain management solution.

Because of the vast changes this system would bring, the LCBO knew it had to invest a great deal in supplier training and preparation before the system could go live, says project manager David Collins.

“With 2,700 suppliers around the world, getting them registered was a big task before roll out. That was the main hurdle for the WEB PO rollout. We developed our own in-house application for them to register. We had them sign up an administrator. They would provide their e-mail address and background information. We would verify that. We held back all the passwords and user IDs until the weekend before we actually rolled out so they didn’t lose them ahead of time. After they became an administrator, they could sign up additional people from their own office.”

One of the challenges facing the LCBO was the multilingual nature of its supplier base. The software itself is only available in English, but suppliers who had problems due to language were able to call the QLogitek-run support line and receive assistance delivered in their native languages.

WEB PO has all but eliminated phone calls and faxes for regular transactions. Now only exception-based incidents need to be dealt with manually. The software handles the rest of the normal, everyday transactions.

“If we issue a purchase order to a supplier for 1,000 cases to be delivered for September 1, the supplier can request a change and say, ‘I only have 800 cases and I can’t make September 1 but September 15.’ That then comes back to us for us to approve or reject, and it’s all automated. We don’t have to deal with that manually. An alert goes to our LCBO staff. It’s up to them to accept or reject, but it’s still in the system,” says MacGregor.

“They’ll actually re-issue the PO, then it goes back through the normal channels and the supplier will see a revised PO come through,” adds Collins.

Beyond its automated order handling capabilities, MacGregor says one of WEB PO’s biggest advantages is it now gives the LCBO the ability to track supplier performance.

Not content to roll out one project at a time, MacGregor says the LCBO and QLogitek began work on the inbound management system (IMS) system while WEB PO was under development.

“They were always intended to be developed somewhat concurrently but WEB PO was the predecessor and IMS was dependent on it. So they were two concurrent projects, with one being integrated first.”

QLogitek’s IMS solution needed more customization than WEB PO, but both pieces relied on information from the LCBO’s internal systems.

“We just had to develop the interfaces from our internal purchase order generating system, from our sales forecasting mainframe systems, our supply chain management systems. A lot of our software isn’t what you would consider the main ones. We use AquiTec. Our forecasting system is Teradata Demand Change Management…not the big players in the market.”

Like WEB PO, IMS was needed to replace all the manual interventions needed to schedule deliveries to LCBO’s warehouses. WEB PO feeds information about purchase orders to IMS, which uses that data to reconcile deliveries. Before IMS, the 17,000 deliveries a year from the LCBO’s North American suppliers were all managed through Excel spreadsheets by staff who answered phone calls from trucking and 3PL firms who called in to make, cancel and reschedule appointments.

As with WEB PO, early training was key to getting adoption from staff and from outside users.

IMS has a great deal of flexibility built into it. Carriers can book and reschedule any delivery up until the warehouse’s cut-off time, typically 3:00pm for an appointment the following day. Originally, they were only allowed to book appointments up to one day late, but the LCBO team found that restriction generated too many phone calls, so now carriers can rebook deliveries up to 30 days late.

IMS includes some tracking functionality, so carriers who consistently fail to meet their delivery dates or constantly reschedule within 48 hour periods aren’t falling under the radar. Currently, the LCBO doesn’t have the ability to produce carrier scorecards, as it does with suppliers, but that’s in the works.

IMS has improved operations at the DCs, says MacGregor.

“We don’t get more appointments in but we have a better handle on visibility and synchronization and forecasting in terms of the number of appointments we need or when are we going to have to schedule a third shift at a warehouse. We have much longer visibility versus having to schedule at the last minute.

“It allows us to redeploy and get better utilization out of resources in other areas too, as other areas would get involved in trying to resolve appointment bookings. It has just streamlined everything and made the process much more visible and removed resource allocation to it to. Most of the resources are either savings or being able to redeploy them into higher value added positions.”

Even though these systems are now live—WEB PO was deployed in spring 2010 and IMS went live in spring 2011, they’re still works in progress.

“We are still going through multiple releases of the systems and making them better. We’re just working on our third release of IMS. WebPO is not as complicated as IMS, so we just went through two releases. I think after this release it will be fairly stable. As we were testing the initial release, a wish list did arise and we’ve been pecking away at that wish list, and I think we’re now at a point where there’s not too much left on the table.”

Just because these projects are nearly finished doesn’t mean the LCBO is done innovating. MacGregor says the team is already thinking about the next project. While some businesses may balk at the prospect of a never-ending stream of major software and computer system upgrades, MacGregor says LBCO executives are usually willing to listen to proposals.

“Senior management here at the LCBO is very supportive and proactive in terms of business efficiencies, improving the business, and making us work better. Once you are able to make a good business case, senior management is pretty good to get behind projects that show that.”

According to its own figures, the agency has realized an annual savings of $731,000 annually through the use of WEB PO and IMS.