Why do we need Incoterms?

They constitute a common language for international traders 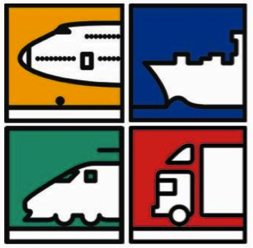 In our global village, we could ask the question: why do we need Incoterms? With the increase in international commerce, more and more goods are traded worldwide and you could think it’s all getting simpler. But the reality there are different ways of doing business, local languages and customs, legal systems, trade barriers, all bringing challenges. Incoterms give us the advantage of predictability and as they are recognized around the world, they constitute a common language for international traders.

Just what are Incoterms? They are international rules defining the respective responsibility of seller and buyer concerning to the supply of goods. They specify the division of risks and costs between exporter and importer and the great thing is: they have the same meaning worldwide!

And where do they come from? They were created by the International Chamber of Commerce in Paris in 1936 and the latest version, the Incoterms 2010, came into effect on January 1st, 2011. Since they have been revised on a regular basis, they have kept up with changes in international trade. When you think about it, Incoterms were created 20 years before containers even existed (the first ocean-going metal container was invented in 1956), so they had to be adapted to this mode of transport.

What do they look like? They are made up of the three-letter Incoterm itself, followed by the named point (as precise as possible), for example: “FCA One Yonge Street, Toronto, Ontario, Incoterms 2010”.

What changed on January 1st 2011? The Incoterms 2010 can be used for international and domestic sales (previous versions only covered international transactions). We lost four terms (DES, DEQ, DAF and DDU), gained two new ones (DAT and DAP) and other changes are too technical to detail in this article.

What are the challenges? It is important to note that although Incoterms are recognized and used internationally, including in the United States, our neighbours to the south sometimes still use their ‘’Revised American Foreign Trade Definitions 1941’’ or the ‘’Uniform Commercial Code’’. These American rules have been superseded by the international Incoterms but some companies still refer to them and it can lead to costly misunderstandings. There are other challenges too specific to describe here.

In conclusion, whether you are importing or exporting or both, in North America or abroad, it is very important to master the Incoterms and their interaction with the sales contract and the underlying contracts (shipping, insurance, Customs), in order to build an efficient and successful supply chain.