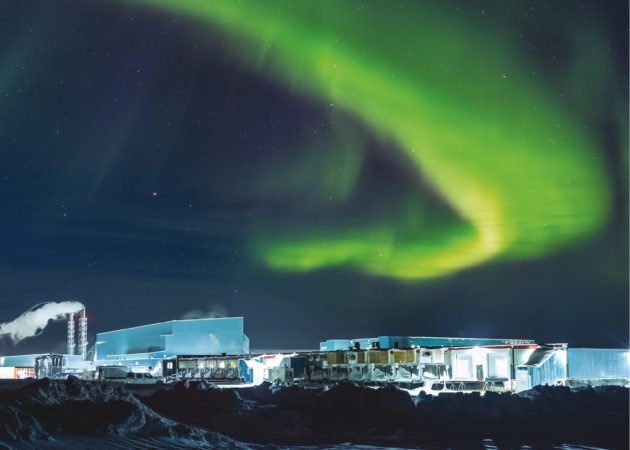 Discarded junk and hazardous waste in the Arctic is an environmental blight, but properly disposing of it poses logistics challenges. A co-operative effort in 2018 and 2019 by mining giant Agnico Eagle and the communities of Baker Lake and Rankin Inlet, in Nunavut’s Kivalliq region, illustrates the challenges of executing such a cleanup, and their success.

There are 29 communities, or hamlets, in Nunavut. Each has its local dump, or landfill site, each has the usual garbage, plus cast-offs such as old vehicles and nastiness such as motor oil, oil filters, old fuel, antifreeze, mercury, lead batteries and tires. There is no weekly garbage pick-up, no regular collection of hazardous waste, and no such thing as an easy drive to recycling centres.

Most cargo is moved by ship, which other than for certain icebreaker-supported mining operations, only happens between roughly mid-June to early November. Unless you are feeling lucky, space on cargo ships had better be booked months or even a year in advance. While shipping companies will backhaul cargo, poor weather or shore conditions can force a captain to delay a pickup, sometimes until the next year’s shipping season.

This was the reality that mining company Agnico Eagle, and the hamlets of Baker Lake and Rankin Inlet faced in the planning and executing of their co-operative effort to safely remove waste back to Quebec for proper disposal. 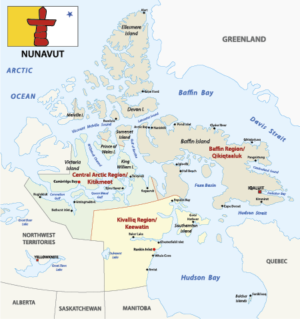 Baker Lake and Rankin Inlet, with populations of 1,728 and 2,500, are located near the top of Hudson Bay’s western shore. They are 2,314 nautical miles and 2,221 nautical miles, respectively, and about seven and a half days travel by ship, from the Port of Bécancour in Quebec.

Following a cleanup at Baker Lake’s old dump and landfill in 2010 in which 28 marine containers were shipped south to Bécancour, Baker Lake requested another cleanup, which took place in 2018. In 2019 Agnico Eagle worked with both Baker Lake and Rankin Inlet on landfill cleanups.

Planning for the 2018 cleanup began that April and a trained team did the job in July. The 183 tonnes (MT) of waste collected included 17,000 litres of used oil and eight tonnes of used lead batteries. The shipping company Nunavut Sealink and Supply Inc. transported this garbage to the Port of Bécancour, which is about 140 kilometres by road down the St. Lawrence River from Montreal.

All hands on deck 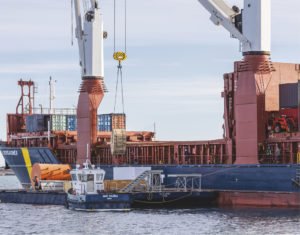 Space on cargo ships must be booked a year in advance to avoid disappointment.

Agnico Eagle and the other stakeholders in the 2019 cleanups started planning that April. Since much of what Agnico Eagle receives is packed in 20-foot shipping containers, getting their hands on enough of them to transport the junk south was one less item to worry about.

For the cleanups, the company used containers that had been shipped north earlier in the summer as part of the annual sealift operations that bring new equipment and supplies to the Meadowbank Complex and Meliadine sites. Rather than sending them back empty, the boxes did double duty and went home loaded with the waste the teams collected.

Qikiqtaaluk Environmental evaluated the hazardous waste that could be retrieved, collected, packed and stored appropriately. Its assessment included determining the material, workforce and time needed to perform the work.

The materials required, which had to be ordered and shipped up from Quebec in the months and even the year before the cleanups, included oil containers, personal protective equipment, special identifiers for the sea cans, and hazardous containers. Agnico Eagle followed the same set of strict rules and laws it did for its own hazardous waste and ordered the same materiel for the communities as it does for its own waste management.

A next step was trucking the containers from the dumps to staging areas on the shores of Baker Lake and Rankin Inlet. When the Nunavut Sealink and Supply Inc. cargo ship was done barging its inbound cargo to the shore at each community, crews transferred the waste containers to the ship. Since the cleanup was for hazardous waste, it needed to follow a strict code for sea transportation.

Since Nunavut communities have no wharves, the ship-to-shore transfers are done by barge, one of the items carried in each cargo ship’s “kit” of portable port infrastructure that it takes everywhere it goes. A kit can include tugboats, barges, forklifts, portable office, lighting, and front-end loaders – indispensable for moving every kilo of cargo from ship to shore. Adding to the complexity, ships’ crews can only work in two- to four-hour shifts at high tide, turning what might be a three-day job at a wharf into a weeks’ long trial that would be familiar, minus the clatter of diesel engines, to the Arctic’s first explorers centuries ago.

At Bécancour, Agnico Eagle had to secure warehouse space for proper storage of the waste until the containers could be picked up. As part of the tendering process, it was requested that Qikiqtaaluk Environmental provide proof they could manage transportation and disposal of the waste to an approved facility once the hazardous material has reached the final port. The last leg of a very long trip the waste was by truck to authorized recycling and treatment centres.

With these successes and good support to the community, Agnico Eagle reports that cleanups will be an annual practice with communities near the mine.