Does Ocado's promise measure up? 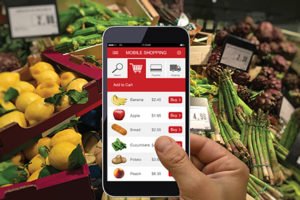 Ocado Group is one of the most ambitious online grocers worldwide. The 100 percent home-delivery U.K.-based company is investing heavily in automation and robotics and has announced agreements to export its services platform to retailers in ﬁve countries. In 2018, the company posted revenue growth of 11 percent, year-over-year, reported positive EBITDA and saw its public proﬁle explode.

Is Ocado the future of online grocery? Is the hype justiﬁed? We analyze Ocado’s performance to reveal never-before reported risks to its model, and identify best practices available to online grocers in every global market.

Ocado has slowly built its proﬁle over 17 years. In 2002, the company opened its online grocery store, Ocado Retail, which today offers nearly 55,000 products to 74 percent of households in the U.K. The company controls 14 percent of the highly-competitive online grocery market in its home country. Ocado’s strategy is aggressively premised on the construction of centralized fulﬁllment centres, and the relentless pursuit of automation and robotization of these facilities. The company operates four Customer Fulﬁllment Centres (CFCs) in the U.K.

At each CFC, Ocado deploys a range of self-developed technologies, from a home-grown WMS to self-built autonomous robots. It brands this ever-evolving bundle of hardware and software as the “Ocado Smart Platform” (OSP), which the company describes as “a cloud-based bundle of software modules and fulﬁllment hardware – essentially everything necessary to build an online grocery operation.”

Ocado resells the OSP platform to grocers around the world, allowing them a single source for design, implementation and support of online grocery operations.

What is the value of Ocado’s technology?

Operationally, Ocado’s results are solid: for 2018, the company reports total throughput of 164 units per hour across its facilities.

By comparison, an extremely low-capital operation can only reach total throughput productivity of approximately 100 units per hour. Such an operation would employ simple carts and shelves, with no further automation. If we assigned an average fully-loaded wage rate of US$25 per hour to these two models, then Ocado’s fulﬁllment cost per unit would be $0.15 versus $0.25 for the most basic conventional system – a 40 percent reduction in fulﬁllment costs.

In its published case study of its Dordon, U.K. fulﬁllment centre, Ocado reports that total capital costs for the project were $301 million, of which only $105 million were “land and buildings”. Ocado spent the balance, $196 million, on “mechanical material handling equipment (cranes, conveyors and storage racking) and technology investment.”

A cart and shelf system for an equivalently sized building could, in an extremely expensive scenario, require a $10 million investment. The net increase in capital investment for the Dordon FC is $186 million. Do the savings justify the investment?

As a payback period, eight years is reasonable for investments in assets with long useable lives. So on its face, this may tempt some to strike a “long-view pose” to justify Ocado’s investment.

However, there are two key points to consider: Equipment depreciates over seven to 10 years because that is the useful life of the equipment. An eight-year payback scenario disregards the signiﬁcant investment required to maintain, upgrade and expand this proprietary and immature platform over its life. This will be inevitable and will push payback well beyond an eight-year horizon.

Building a model to justify the capital expenditure required to implement Ocado’s system requires very high labour costs. In extreme situations, for grocers with labour costs much higher than those used in our calculations, the Ocado Smart Platform could present an attractive option.

Risks of buying in

The sum of their marketing efforts is intended to leave viewers with a very clear message: Ocado is a pioneering technology company, constantly innovating, constantly becoming more efﬁcient.

In the short-term, Ocado has committed to building more than 20 CFCs for partners over the next three years. This incredible pace means enormous risks for both the company and its customers, who must now wait for delivery of these turn-key operations. Ocado and its auditors consistently highlight the risk of execution failure.

Each CFC is expected to go live two years from its order placement and they likely will have varying levels of automation. Ocado collects signing fees, long-term capacity fees and preparation fees as it adapts its platform to each partner’s needs. Solutions contracts have no deﬁned period – but without Ocado and its hardware, software, and licenses – partners will have no way to operate these essential facilities.

In the long term, the risks for Ocado’s customers are signiﬁcant:

How to solve for online grocery

When the shock and awe of Ocado’s marketing subsides, grocers should understand that the Ocado Smart Platform is an impressive achievement but not a signiﬁcant advantage to any of Ocado’s partners.

Highly competitive alternative solutions at many sizes and investment levels exist for all large and mid-sized competitors. Better still, this can be done incrementally and across a wide supplier base freeing companies from the constraints of a single-sourced solution.

The two basic components of an online grocery operation are WMS and the materials handling system. Between these two components, WMS is far more important. To be successful, each retailer must design and operate a fulﬁllment centre based on their brand’s characteristics – its labour rates, assortment proﬁles, customer density and so on. Location, level of automation and layout should all be tailored in response, but above all, success in online grocery requires a high-performance WMS.

Executive decision makers at grocers worldwide are in a challenging position. Change is occurring so quickly in their industry that they are compelled to make bold moves. However, it is difﬁcult to select the appropriate partnerships, formats and strategies that will create enduring advantage.

Online capabilities are a requirement. After careful study, we must advise: entering into a turn-key partnership is not advisable except in the rarest of circumstances. Fortunately, online grocery operations that incorporate all best practices can be designed from strategy to go-live in a very reasonable period of time.

Moving quickly today will create a lasting competitive advantage. Grocers should conduct detailed studies of their item, transaction and customer data to illuminate the optimal design of their own online grocery operation. They should retain industrial engineers to design the operations of their fulfillment centers, engage an industrial real estate team to survey sites, and immediately begin a WMS and materials handling selection process to identify the best platforms and implementation teams.

Lastly, grocers should engage an expert to commission a new facility’s construction and manage everything from permitting to construction, materials handling equipment installation and software integration. In this way, any grocer can create an efficient and profitable online grocery facility at a reasonable capital investment.