Finding the right workers for your DC—human and machine 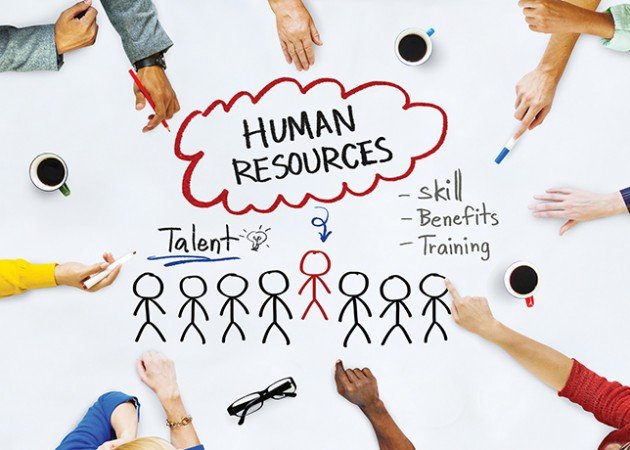 Distribution centre managers know the challenges of managing a temporary or part-time workforce. Some of those challenges are unique to this “not-full-time” subset of employees.

“Many part-time employees want to be full-time, they want to have stability in their lives,” says Ryan Parry, a distribution centre manager for Toyota Canada at its Vancouver parts distribution centre, in Richmond, BC. “If people get 15 hours one week and 30 hours the next week, it’s hard to keep them engaged. It’s hard to keep people if they can find better jobs somewhere else.”

There aren’t any cure-alls for such challenges, but seasoned distribution centre managers have developed best practices and adopted solutions that can alleviate their effects.

If I needed 100 people for one facility, I would have my team in that market as early as May—Ian Mackenzie

Planning
“There’s a lot of work done up front to plan as much as possible,” says Douglas Harrison, president and CEO of VersaCold Logistics Services. He tries to understand both customer demands and VersaCold’s inner workings to develop distribution centre game plans.

For instance, the internal HR group looks closely at operations to determine variables like seasonal demand and temporary/contractual labour requirements. The company has also been investing heavily in computer systems to help with planning. “Without those investments, we’d be much more reactionary,” Harrison adds.

“All this up-front work takes away many of the typical headaches.”

Many, but not all. “Every day you deal with surprises,” he admits.

While dealing with pressure to arrange temporary holiday season warehouse space by July 1 of each year, he was hiring casual labour before then. He knows this move–bringing seasonal staff on board months before they’re needed–might make chief financial officers cringe. Companies “try to hold off on the investment in people,” he says, “which I get.”

“If I needed 100 people for one facility, I would have my team in that market hiring as early as May,” Mackenzie recounts. “It might be two people a week. But we know by the fall, they’re skilled. They might even end up being team leads in charge of other folks we hire in September or October who may just be there to pick and pack shipments and nothing more high-level than that.”

His explanation ran like this: “What you save in waiting until the last minute you pay for twice over in inefficiencies, lack of productivity, errors, turnover. Even though (hiring early) looked like more cost and overhead, it actually cost us less.”

Engagement
Mackenzie admits, in a stroke of understatement: “Picking up boxes and putting them down for a living is not exciting work. How do you make staff feel part of the solution, and not just seasonal?”

Mackenzie looks for such engagement when he visits distribution centres. Managers usually prepare a tour for him, but he likes to go “off-tour” to take a facility’s “temperature”.

“I often go find the bulletin board, where staff congregates” near the change rooms or lunchroom, he explains. “I look for stuff stuck overtop of stuff, if there are faded, torn things, people have scribbled on some of them.”

Mackenzie advises treating all staff as equally as possible. All staff attend floor meetings and team meetings. All staff participate in special events. Management would serve pancake breakfasts to all staff. If products were given away (for instance, a vendor wrote off backpacks), all staff got these.

“We didn’t want to neglect people because they were only there for 90 days,” Mackenzie says.

“Leaders must spend as much time coaching, mentoring, praising the work of part-time and temporary workers as they do for full-time people,” Parry adds.Parry also advises sharing performance metrics, not just for the team but for the company as a whole. Monthly sales volumes, forecasted volumes: “The only thing you can do is be incredibly honest with your staff as to why you need part-time labour. Let people really see and understand.”

Using agencies wisely
“We set up long-term relationships with approved agencies across Canada,” Harrison says, where VersaCold may request workers once a week or several times a year.

Tracy Clayson, managing partner of In Transit Personnel Inc, says getting employees job-ready takes knowledge of a client’s needs, plus time. By the time clients see employees, they have been recruited, screened, interviewed, had background checks, and undergone other processes that the client doesn’t need to undertake.

For their part, VersaCold audits agencies, checks their workers’ compensation compliance, their training requirements. “We take a look at the quality of their labour,” Harrison says. “We look at their processes, their recruiting methods.” In turn, he expects agencies to understand VersaCold’s expectations.

“It’s a partnership, a marriage of sorts,” Clayson concurs.

But if companies use part-time and temporary workers on a “knee-jerk” basis, quality control is absent and companies don’t measure the practices of the staffing company, “then you’re taking risks,” Clayson says.

Consistent training
To train new staff, some facilities use mentors, having new workers shadow seasoned workers during a workday. Mentorship can work, but without consistent training, companies can get varying results from new hires.

“You need to ensure a person you hire in January gets the exact same training as somebody you hire in June,” Parry says.

Job sharing
Job-sharing means switching people to different jobs week to week to relieve the tedium of continuously doing one task. One week they might pick, the next they could pack, and the following week they can load products onto trucks.

Mackenzie notes many workers want to job-share. In some cases, they shifted tasks daily. The centre became more productive since people could switch from places that weren’t busy to places that were. “We actually hired fewer people as the workforce got more dynamic,” he recalls.

Using familiar technology
“At Best Buy, you couldn’t bring your cell phone in to work,” Mackenzie recalls. He understood this policy, but he still questioned it as he watched new employees receive at least half a day’s training on handsets, RF readers and other specialized equipment.

“Imagine the training curve on an iPhone app. You hand a 20-something a phone, they’d log in, figure it out in three minutes and they’re off working.”

First, they need to overcome skepticism. “I’ve seen people throw a lot of money at automation because they think it will fix a broken process,” Parry says. “People build a good process. If you automate a broken process, you make mistakes for your customers faster. Unfortunately, that’s what many organizations do.”

Parry also notes more mundane objections to the use of robots in distribution centres.

“We deal with many thousands of customers, so packaging sizes are different, configurations are different,” he says. “That sometimes leads to complexity using automated equipment.”

“It took a long time to program a traditional industrial robot to do one thing over and over again,” admits Eric Foellmer, manager of product marketing and marketing communications at Rethink Robotics.

He ranks vision, mobility and the ability to handle variation as the top three criteria on customer wish lists when they check out Baxter, a robot built by Rethink Robotics. Shipping since 2013, the stationary Baxter roughly resembles the torso, arms and head (a video screen) of a person. Baxter can handle repetitive tasks like loading raw materials onto a line or packaging finished products for shipping.

Programming
Configuration of a robot can cost about as much as the machine itself, thanks to the specialized skills involved.

But makers of new generation robots insist non-technical staff can program their products. “The same person who is responsible for packing boxes or loading lines or filling orders is the same person who can train this robot,” says Foellmer.

Simon Drexler, director of indoor industrial systems at Clearpath Robotics Inc, makes the same claim for the autonomous OTTO. Introduced at the 2015 RoboBusiness conference this Fall, OTTO is a one-foot-tall platform that holds one pallet. Behind its smooth sides, an electric motor turns the middle pair of OTTO’s six wheels. Whenever its human counterparts take a lunch or coffee break, “the vehicle has a spare moment so it goes to an auto-charge stand to recharge its batteries,” Drexler says.

Adjusting to changes
Few robots can handle sudden changes in their work environments the way people can, so distribution centres want robots that can quickly adapt to changing conditions.
“Traditional industrial robots are put behind cages partly to protect the robot’s workspace from people,” Foellmer says. “People do things like bump tables, move parts, knock things over inadvertently.”

Once a distribution centre gets rearranged in any way, taking one OTTO for a tour is all it takes to reorient it (as well as other OTTOs in the centre’s fleet). Software can interpret tasks from the company’s workforce management system and assign those tasks to OTTOs, sending them where they need to work with staff.

Safety
Both Foellmer and Drexler state that it’s safe for collaborative robots to work next to people. OTTO’s sensors look 35 metres in front of it for obstacles and changes in the environment. Baxter works at slow, human speeds and is only capable of a light (five-pound) payload. “If it does make contact with a person next to it, it won’t injure the person,” Foellmer says.

Worker acceptance
Robots like Baxter and OTTO sport various features that help them work with people.

“If you’re doing something like mixed-case pallet picking, OTTO can lead the worker to the location of the products to be picked,” Drexler says.

Baxter shows a “face” on its screen. This face shows eye expressions and head movements to indicate where the robot will go next.

Workers of the future
As current workers leave distribution centres, they won’t be replaced by robots or other technologies, but by other human beings. Those people are increasingly likely to be millennials.

Mackenzie notes millennials often seem distracted by devices, entertainment and constant stimulation. “Then put them in a warehouse and tell them to pick up cardboard boxes for eight hours,” he empathizes. “I’d go crazy.”

The savvy distribution centre manager creates conditions where younger workers can succeed in their jobs. Harrison concedes millennials are a different group. “We learn to work with them as they want to be dealt with,” he says, but, “We try to blend so it’s not one program for millennials and another program for baby boomers, for example.”

Millennials are one reason certain experts believe warehouse jobs must become less labour-intensive and more technologically driven. “(Younger workers) probably think it would be cool to be involved in robotics,” Clayson muses.

“I don’t know many kids who say ‘I can’t wait to run a warehouse’ but they wouldn’t mind running drones for Amazon. That sounds cool.”