Says the UN agency should relocate to the Middle East 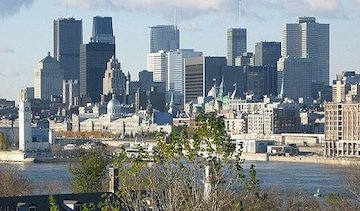 MONTREAL, Quebec—The federal government promises a diplomatic effort to keep Canada from losing the only United Nations agency based in this country.

The International Civil Aviation Organization (ICAO) has confirmed that the emirate of Qatar made a presentation this week where it promoted itself as a better location for the agency’s headquarters than the current site, Montreal.

A vote of ICAO member-states is set for this fall and, depending on the result, the move to a new permanent seat could take effect in 2016.

Federal industry minister Christian Paradis said that all three levels of government are doing everything they can to keep the headquarters in Montreal.

Under ICAO’s rules, the Qatari offer must be considered by all of its 191 member states at the next triennial assembly which takes place in September. A minimum of 60 percent must agree to the Qatari proposal for it to be approved.

The offer from Qatar comes as the Canadian government and ICAO are discussing a new leasing arrangement, which would be in effect from December 2016 through November 2036.

Paradis told reporters at Aeromart, an aerospace trade show, that talks are already underway with the city and the provincial government to try keeping the centre in Montreal.

“There are already discussions so that we can have a common approach (where) we collaborate together,” Paradis said.

“We’ll do all we can to preserve this jewel in Montreal.”

The international agency was initially established in Montreal, in 1944. It moved to its latest location, on the edges of the city’s old quarter, in 1996.

There are 534 staff employed at ICAO’s headquarters, which was built at a cost of $100 million in the 1990s and leased by the Government of Canada.

Paradis said foreign affairs minister John Baird is in charge of the file and has been actively working on it for several days: “We can’t allow ourselves to stand around with our arms crossed,” he said.

The opposition pressed the government on the ICAO issue.

He told the Commons that it was clear Qatar was involved in an “unscrupulous offensive” and that it would do everything it could to get ICAO out of Montreal.

It was left to Deepak Obhrai, the parliamentary secretary to the foreign affairs minister, to respond. He said Baird had spoken to the prime minister of Qatar about the issue twice in two days and had reiterated that Ottawa would do all it could.

Montreal newspaper La Presse reported Wednesday that it obtained a document in which Qatar outlined a number of complaints about the location in Montreal.

The Qatari document cited cold winters, high taxes, difficulty getting Canadian visas for members of delegations, and “significant dissatisfaction” by diplomats with services that are offered.

Qatar has apparently offered a total exemption from taxes for ICAO and its personnel if the move to the Middle East takes place.

As for the current benefits in Montreal, the agency says all professionals who are recruited internationally get a number of privileges, like tax breaks. Professionals working at higher levels are eligible for reimbursement of federal and provincial sales taxes.

Also, despite Quebec’s language laws, the children of international staff are eligible to attend English-speaking schools and pay resident schools fees as opposed to foreign fees.

ICAO claims to generate some $80 million annually for Montreal’s economy and 1,200 direct and indirect jobs.

One support staff worker told The Canadian Press he would probably lose his job if the move went ahead. The Montreal man, who did not want to be identified, has worked at the agency for two decades.

“I’ve invested a lot of time and energy into my career so this would certainly undermine any career opportunities,” he said, adding that not many opportunities exist at the UN for staff who provide general services.

ICAO sets standards for aviation security around the world.

It recently held a conference on the world’s air navigation system. The entire air transport sector is projected to double by 2030—from 30 million international flights to 60 million—and ICAO members discussed a new global plan to modernize air-traffic management systems.

ICAO has also set up an information exchange aimed at reducing the number of fatal plane crashes. The information could be anything as simple as the markings on the edge of the airport runway which have worn off, or airport lighting that shines directly into the eyes of a pilot trying to take off.

It’s the only United Nations agency headquartered in Canada, although there are a number of other international secretariats.