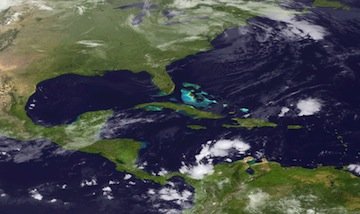 NEW YORK, New York—Although Sandy has spent most of its destructive forces, the former hurricane is still depositing rainy remnants on parts of eastern Canada and the US.

Like the storm itself, the disruptions it caused to transportation networks are starting to subside but there are a closures, delays and disruptions that are continuing to linger as remnants of Sandy’s power.

All the tunnels and bridges operated by the Port Authority are now open, with the exception of the Holland Tunnel.

Flight tracking website, FlightAware.com is reporting that 2,801 had been cancelled in the US so far today. That’s in comparison to 7,074 that were cancelled on Tuesday and 7,884 on Monday.

New Jersey Transit’s rail service is still suspended. There are numerous washouts along the tracks and the main centre of operations is still flooded. Many of the state’s roads and highways are still littered with debris, although the New Jersey Turnpike is now open.

The Port of Virginia is open and has begun receiving ships.

Operations have also resumed at the Port of Philadelphia

CP is reporting there still could be minor delays to shipments in the next 24 hours due to storm impacts.