November 18, 2019
by Inside Logistics Online Staff

November 18, 2019
by Inside Logistics Online Staff 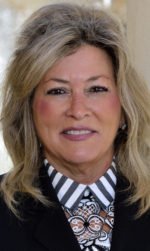 Karen Jones, Ryder System, Inc. executive vice-president and chief marketing officer, has been named a winner for The CMO Club’s Growth Award. The 2019 CMO Growth Award is based on a marketing executive’s demonstrated leadership in the development and implementation of new strategies, tools and programs resulting in significant company growth. Recently, Jones has spearheaded the development and launch of three innovative digital products. Before joining Ryder, Jones was CMO for NRG/Reliant Energy, Inc. where she was responsible for marketing growth initiatives and developing the corporate brand. Before that, she served as senior vice-president of marketing and corporate communications for DHL Express in the United States.

Coty Inc. has appointed Richard Jones as global chief supply officer and a member of the executive committee. He will report to Pierre Laubies, CEO, and be based in Amsterdam. Jones will have responsibility for manufacturing, planning, logistics and distribution, while procurement remains a separate dedicated organization. With a career spanning 30 years, he comes to Coty from Keurig, where he most recently served as chief supply chain officer and executive committee member. Before Keurig, Jones spent 18 years at L’Oréal, in progressive operations, manufacturing and supply chain roles supporting all beauty categories. A British native, he began his supply chain journey in Unilever, where he spent the first ten years of his career.