April 15, 2019
by Inside Logistics Online Staff

April 15, 2019
by Inside Logistics Online Staff 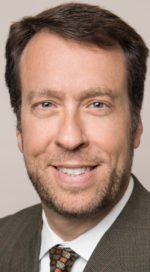 Ken Heller has been promoted to chief transportation officer for DSC Logistics. Heller began his career with Kraft Foods, and joined DSC in 1994. He has held positions of increasing responsibility in both sales and operations, including vice-president, business process integration; vice-president, supply chain excellence; senior vice-president, supply chain excellence; and senior vice-president, operations. Heller leads the Business Advisory Board of the University of Illinois at Chicago (UIC) Center for Supply Chain Management and Logistics and is on the Advisory Board of Indiana University (IU). He has a BS in Finance from Indiana University and an MS in Business Logistics from Penn State.

Mary Beth Edwards has been appointed group vice-president, global sourcing of Sally Beauty Holdings. Edwards joins the Company from Arrow Electronics where she spent 24 years in roles of increasing responsibility. Her most recent role was vice-president of global business operations. Edwards, a veteran officer of the U.S. Army, has a BA from Temple University.

Andrew Clarke has departed from his position as CFO at C.H. Robinson. The company has commenced a formal search for Clarke’s successor, reviewing both internal and external candidates. “Over the last four years, Andy played a key role as part of our executive leadership team,” said John Wiehoff, chairman and CEO. “Andy has also built a highly competent Finance organization during his tenure as CFO. On behalf of the Board of Directors, I would like to thank Andy for his many contributions to C.H. Robinson and wish him continued future success.”

Adolfo Orive has been appointed as president and CEO of Tetra Pak. The appointment follows the decision by Dennis Jönsson to step down from his position after 14 years as president and CEO and 36 years with the company. Orive was previously cluster vice-president North Central and South America, and joined Tetra Pak in 1993. Before that he was managing director of Colombia, Spain and cluster vice-president North and Central Europe. He joined the Tetra Pak global leadership team in 2014. Orive has a bachelor’s degree in Industrial Engineering at Ibero-American University (IBERO), Mexico and a Master’s in Business Administration at Mexico Autonomous Institute of Technology (ITAM), Mexico.