April 8, 2019
by Inside Logistics Online Staff

April 8, 2019
by Inside Logistics Online Staff

Dennis Mullahy has been named chief supply chain officer of the Macy’s brand. In this newly created role, Mullahy will oversee  global sourcing, inventory management, store and e-commerce distribution, transportation, indirect procurement, supply chain systems, sustainability and supplier diversity. Mullahy will report to Hal Lawton, president of Macy’s. Most recently, Mullahy was executive vice-president, supply chain and IT at Michaels Stores, Inc. He has more than 30 years of experience leading operation units in the retail industry. Prevously he was a senior vice-president at Ulta, and spent more than 15 years in leadership roles at Meijer and as a partner with Accenture. Mullahy holds a bachelor’s degree in electrical engineering from The Ohio State University. 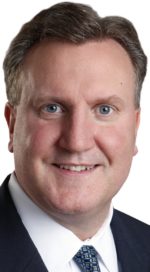 Ryder System, Inc. has appointed Scott Parker as executive vice-president (EVP) and chief financial officer (CFO) responsible for Ryder’s financial management functions including finance and audit, treasury, tax, accounting, corporate strategy, and investor relations. Parker succeeds Art Garcia. He  will report to chairman and CEO Robert E. Sanchez. Previously Parker served as EVP and CFO for OneMain Financial, and before that served as CFO for commercial finance company CIT Group Inc. Parker also spent more than 15 years in leadership roles within the industrial and financial services businesses at General Electric Company, including CFO of GE Capital Solutions from 2005 to 2006. Garcia will serve as a special advisor to the CEO until his retirement on April 30, 2019.

Sealed Air Corporation has nominated Françoise Colpron for election to the its board of directors. With her election, the Board will have nine members, eight of whom are independent. Colpron is Valeo North America president. Colpron oversees Valeo’s activities in the United States, Mexico and Canada. She has served as Valeo North America president since 2008 and joined the company in 1998 in the legal department where she first served as legal director for the climate control branch in Paris, France, and as general counsel for North and South America from 2005 to 2015.