March 5, 2018
by Inside Logistics Online Staff

March 5, 2018
by Inside Logistics Online Staff 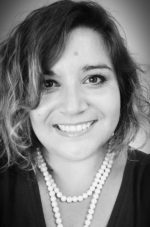 Cargo Montreal (CargoM), the Logistics and Transportation Metropolitan Cluster of Montreal, has appointed Magali Amiel as director, strategy and projects at CargoM. Amiel has been a member of the CargoM team since its inception in 2013. She served as senior project manager and for several years has managed CargoM working groups. Her academic background and career path enabled her to develop extensive expertise in freight transport and logistics at both the metropolitan level and internationally.

Robert (“Bob”) Biesterfeld has been promoted to COO of C.H. Robinson, effective March 1, 2018. Biesterfeld continues to report to John Wiehoff, chairman and CEO. In his new role, Biesterfeld will have direct responsibility for C.H. Robinson’s five business divisions, including North American Surface Transportation (NAST), Global Forwarding, Robinson Fresh, Europe Surface Transportation, and Managed Services, along with the company’s commercial operations and information technology. He will continue to serve as president of NAST. Biesterfeld has been with the company for 19 years. Prior to becoming president of NAST, he was vice-president, Truckload. He also served as vice-president of Robinson Fresh and as a general manager in Phoenix, Arizona.