November 19, 2018
by Inside Logistics Online Staff

November 19, 2018
by Inside Logistics Online Staff 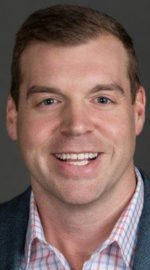 CHEP has appointed Jake Gilene to the role of senior vice-president, sales and customer service, CHEP USA. This position was previously held by Dan Martin, recently named president, IFCO North America. Gilene will lead a team devoted to positively impacting the industry and customers. Over the last 12 years, he has served in numerous customer-facing roles, including vice-president of retail supply chain solutions and vice-president of global business development.

Mark Baker has joined Pilot Freight Services in a newly created role as chief technology officer. Baker is responsible for modernizing Pilot’s technology, internal and customer facing, so that communications remain efficient and customers receive superior service. Baker brings more than 23 years of senior IT management experience to Pilot, operating exclusively in the transportation and logistics industry since 2003. Most recently, as global chief information officer for JAS Worldwide, he led a comprehensive global IT integration and application development plan.

Michael Macht has been appointed to the Supervisory Board of KION GROUP AG. He succeeds Tan Xuguang, chairman of Weichai Power, who stepped down on September 30, 2018. From 2010 to 2014, mechanical engineer Macht was the executive board member responsible for production at Volkswagen AG and from 1998 to 2010 served on the executive board at Porsche AG, latterly as the company’s CEO. In June 2018, Macht became a non-executive member of Weichai Power’s Board of Directors.

MonarchFx, a business unit of Tompkins International,has appointed Matthew Sinn as vice-president of its food and beverage sector. Sinn joins MonarchFx with 15-plus years of executive leadership experience. Previously he was a vice-president with Earthbound Farm, senior director at WhiteWave Foods, and has held multiple position with the U.S. Department of Agriculture. He earned a Master of Electrical Engineering from Massachusetts Institution of Technology, and a MBA from Kellogg School of Management.