Appointments, promotions moves and changes in the supply chain sector 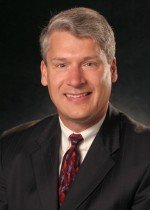 Ryder System, Inc is integrating all sales functions under the leadership of John Gleason, who has been promoted to the new role of executive vice-president and chief sales officer. Gleason, who most recently held the position of senior vice-president of Sales for Ryder’s Fleet Management Solutions business segment, will report directly to chairman and CEO, Robert Sanchez and become a member of Ryder’s Leadership Team. In his new role, Gleason will be responsible for all three Ryder business divisions: Fleet Management Solutions (FMS), Dedicated Transportation Solutions (DTS), and Supply Chain Solutions (SCS). Gleason joined Ryder in 2009 and has a proven track record of accelerating sales in Ryder’s FMS segment. Before joining Ryder, Gleason enjoyed a 25-year career with market-leader Automatic Data Processing (ADP).

Train Trailer’s Anthony Nadon, has assumed the newly created position of director of sales for Quebec and Atlantic Canada. He has previously held senior sales positions at the Toronto and Calgary locations of Train Trailer. He will report directly to president Rick Kloepfer and will be based out of the Coteau-du-lac, QC location. Nadon is originally from the Montreal area and is fully bilingual. His responsibilities include business development initiatives for all the company’s services for the province of Quebec and Atlantic Canada.

Barcoding Inc has hired Sue Hoese as senior account manager. With 25 years of experience, Hoese will support the company’s growth in the Central United States. Hoese began her career with Peak Technologies (now Peak-Ryzex), where she spent 17 years managing major accounts in the Indiana and Illinois territory. After a stint in the healthcare market, Hoese returned to focus on the supply chain and mobile technology industry with Barcoding.