Promotions, appointments, moves and changes in the supply chain sector

Michel Lessard and Anik Trudel are re-appointed as directors of the Montreal Port Authority. Lessard has been a member of the board of directors since 2007 and chair since 2009. Trudel, for her part, has been a member of the board since 2008 and has served as vice-chair since 2013. Marie-Claude Boisvert is appointed as a new director of the Montreal Port Authority. This appointment was effective December 11, 2014 and extends to December 10, 2017. Boisvert replaces Yves Filion, who served on the board since May 11, 2007. Normand Morin departed as director. Morin had served on the board since October 30, 2006. He stepped down on November 27, 2014, at the end of his term of office. 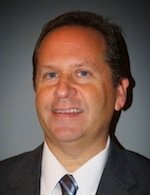 Effective January 1, 2015 Pat DeSutter will be promoted from director of fleet management to vice-president of fleet, service and aftermarket with NACCO Materials Handling Group (NMHG), the parent company of Hyster Company and Yale Materials Handling Corporation. In his new role, DeSutter will oversee all sales, operations and management for the fleet, service and aftermarket divisions of Hyster Company and Yale Materials Handling Corporation. DeSutter joined NMHG in 1992 as a Parts Pricing Manager. DeSutter has more than 25 years of industry experience and holds a B.S. degree in economics from Purdue University.

Bill Hazard is now vice-president of engineering for Marathon Data Systems. Hazard comes to Marathon from Infragistics, where he led the research, development and quality engineering teams. As VP of engineering at Marathon, Hazard will lead Marathon’s R&D and technology teams across all product lines. Hazard holds a Bachelor of Science in Computer Science and is the co-founder of the NYC Chapter of the International Association of Software Architects. 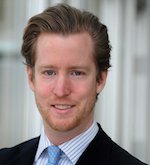 Alexis von Hoensbroech has been appointed board member products and sales of Lufthansa Cargo AG. He succeeds Andreas Otto. Von Hoensbroech was  “Head of Commercial Frankfurt” for Lufthansa Passage and responsible for network management, revenue management and commercial business management at the airline’s biggest hub. Otto had headed up the Product & Sales division for more than 14 years and was appointed Chief Commercial Officer of Austrian Airlines AG on 1 October. As well as global sales, as a Board Member of Lufthansa Cargo, von Hoensbroech will also be responsible for product management, margin management, network planning & sales steering, platform management for Austrian Airlines and the strategic eCargo project. He studied physics at the University of Bonn before obtaining a doctorate in an astrophysics-related subject at the Max Planck Institute for Radio Astronomy.