August 10, 2020
by Inside Logistics Online Staff

August 10, 2020
by Inside Logistics Online Staff

John Salt and David White are being inducted as the 2020 Supply Chain Canada Fellows, and will now carry the designation as a Fellow Supply Chain Management Professional (FSCMP). Fellows are awarded annually to individuals for conspicuous service to the industry, profession, and community at large. John Salt is the senior vice-president of supply chain at Canadian Tire Corporation (CTC). Since taking on this role in 2009, Salt has been instrumental in upgrading the systems that support the operations of CTC’s logistics and transportation functions. He also oversaw the construction of the company’s new Bolton Distribution Centre, the largest LEED building of its kind in North America. David White is the executive vice-president of supply management at bus manufacturer NFI Group Inc. (NFI). In 2002, White moved from finance to a newly created executive position and led a multi-year transformation of the company’s supply chain.

Former Canadian Pacific Railway Limited executive and board member William R. (Bill) Fatt has died. Fatt joined the CP board in September 2016. He served as chair of the finance committee and a member of the audit committee before resigning for health reasons in November 2017. Earlier in his career, he served as CP’s CFO before taking the helm of Canadian Pacific Hotels and eventually moving the company’s properties to the Fairmont Hotels & Resorts banner. “Bill Fatt was a consummate business leader, with the background, financial knowledge and overall gravitas to take on big challenges and turn them into successes,” said Keith Creel, CP president and CEO. “He was not afraid to take risks and learn from his successes and mistakes. Bill’s advice and counsel were invaluable to so many and he will be sincerely missed.” 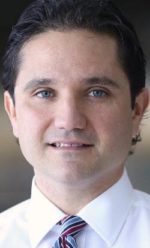 Plus One Robotics has appointed Brent Barcey as vice-president of business development. Barcey brings a wealth of experience in sales development to this role, where he will lead channel efforts to meet the growing demands of the market.