August 19, 2019
by Inside Logistics Online Staff

August 19, 2019
by Inside Logistics Online Staff

Frederick Corey has been appointed vice-president sales, Canada, for Delmar International. Corey has spent the last 13 years at Cominar, most recently in the role of vice-president. He managed a portfolio of assets, clients, and a large team of sales professionals. He holds a Bachelor of Arts from Concordia University.

John Bunch joins Veriship as CEO. Bunch brings 25 years of experience in business leadership, and has spent his career building best-in-class organizations. He is the former CEO of The Mutual Fund Store, and served as COO for Edelman Financial Engines. 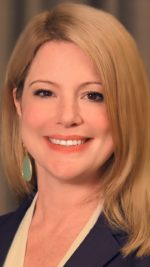 Transplace has appointed Danielle Lambertz as chief accounting officer (CAO).  She will be based out of the company’s Frisco, TX headquarters and will report directly to CFO Chris Nester. Lambertz is a Certified Public Accountant (CPA) and brings 20 years of experience, most recently at McKesson Corporation, where she was vice-president and controller for the pharmaceutical solutions and services business. During her tenure at McKesson, Lambertz held multiple accounting and finance leadership positions. She has also held accounting positions at American Airlines (AMR Corporation) and KPMG, LLP.

CEVA Logistics has promoted Dave Dudek to executive vice-president of its global automotive sector. He succeeds Antonio Fondevilla who has decided to pursue new opportunities outside CEVA. Dudek moves up from his role as senior vice-president strategic initiatives and global program management.  He brings a wealth of automotive experience to his new role having previously worked on both the manufacturing and logistics sides of the business.