August 3, 2020
by Inside Logistics Online Staff

August 3, 2020
by Inside Logistics Online Staff

Mobile Industrial Robots (MiR) has appointed Søren E. Nielsen as the new president of the Denmark-based company. Nielsen, who has served as MiR’s chief technology officer since January 2018, will take over the responsibilities of MiR co-founder and CEO Thomas Visti. Teradyne, which acquired MiR in 2019, made the change at Visti’s request as he pursues a new career. Nielsen brought his background in mechanical engineering to his role at MiR, along with the experience gained from more than 25 years of managerial positions with major international corporations such as Danfoss and Siemens.

Ed Harris has retired from his position as executive vice president at CSX Corp. Jim Foote, president and CEO said: “On behalf of the board of directors and everyone at CSX, I want to thank Ed for his tremendous contributions to this company. When I was entrusted to lead CSX in December 2017, the first phone call I made was to Ed Harris, because I knew that there was no better railroader to help with the transformation of CSX and guide the continued implementation of our operating model…we extend to Ed our utmost gratitude and respect, and wish him all the best in retirement.” CSX’s safety and facilities groups that had reported to Harris will report to Jamie Boychuk, executive vice-president operations who was appointed in October 2019 to succeed Harris in operations. 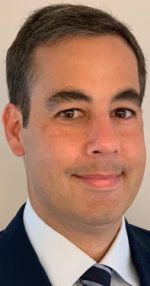 XPO Logistics, Inc. has appointed Eduardo Pelleissone as chief transformation officer and Alex Santoro as executive vice-president, operations. Pelleissone joins XPO with 20 years of experience leading multinational operations in the food, logistics and transportation industries. He was most recently with Kraft Heinz Company and its predecessor H.J. Heinz for six years, where he served as executive vice-president of global operations. Previously, Pelleissone held executive roles with America Latina Logistica SA (ALL) during 14 years with the rail logistics leader. He holds a master’s degree in logistics, operations and services from COPPEAD Graduate School of Business in Brazil, and has completed the executive program of the Stanford Graduate School of Business. Alex Santoro has two decades of executive experience with industry leaders, including Restaurant Brands International, Inc. (RBI), parent company of Burger King, Tim Hortons and Popeyes. Santoro served as chief supply chain and operations officer for RBI, and most recently was president of Popeyes. Santoro held executive positions in Latin America for 17 years, including CEO, president and vice-president of logistics for America Latina Logistica, senior operations manager for Danone, and finance and distribution manager for Anheuser-Busch InBev. He has a bachelor’s degree in computer science from Faculdades Salvador in Brazil, and has completed advanced management programs at the Wharton School and the MIT Sloan School of Management.