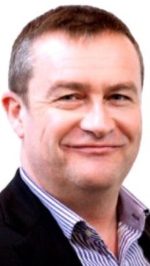 Barcoding, Inc. has hired Bertrand Martelle as country manager for Barcoding’s Canadian operation, overseeing Barcoding’s Montreal, Toronto and Vancouver offices. Over his 20-plus years in the business Martelle has worked with companies such as Intermec (now Honeywell) and Psion Teklogix (now Zebra) with a focus on building high quality sales and technical teams and forming strategic alliances to better meet customer needs.

The Maritime Employers Association (MEA) has appointed Martin Tessier as president effective September 3. Tessier brings management skills gained through his 25 years of experience in the transportation industry, most recently, as vice-president human resources and labour relations – Bombardier Aviation, he was instrumental in implementing major changes in a challenging industry. 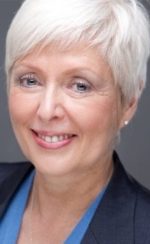 ADM Aéroports de Montréal is announcing changes to its governance with the retirement of Normand Legault, chair of the board of directors since September 16, 2015. He is succeeded as chair by Danielle Laberge, a director of the corporation for the past eight years and vice-chair of the board of directors since the fall of 2018. Well known in the academic world for her proficiency in project management, Laberge is professor emeritus at the School of Management Studies at  Université du Québec à Montréal. During her career, Laberge served in numerous senior academic positions at Université du Québec à Montréal.

Wayfair has promoted Allan Lyall to the new role of chief global supply chain officer. Lyall joined Wayfair in 2018. Previously he built and led large, complex physical operations during rapid growth phases for Amazon, Apple and Tesco, including 12 years at Amazon as vice-president of European operations. Thomas Netzer, COO of Wayfair’s European operations, has been appointed to succeed James Savarese as COO. Before joining Wayfair, Netzer spent more than 20 years working in global transportation and infrastructure for McKinsey & Company, where he co-led the consultancy’s global logistics practice.