February 22, 2021
by Inside Logistics Online Staff

February 22, 2021
by Inside Logistics Online Staff

Steve Durana and Ed Suski have joined the executive team at Momentum IoT. Durana, the former chief of design at Sentinel Security Services, joined as VP of engineering.He previously led hardware design teams for both the US Department of Defense and private industry. Suski, a former chief technology officer for divisions of both General Electric and United Technologies Corporation, joined as an advisor. Previously, Suski served as a Chief Systems Architect for several tier-one PC OEMs. He studied electrical engineering and physics at University of Michigan and Cal State Fullerton and is the inventor on 10 U.S. patents. 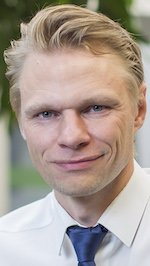 Kim Povlsen has been appointed president of Universal Robots. Povlsen, a Danish native, brings global executive leadership from a high-tech and commercial perspective. He begins his new role on March 1, 2021. Povlsen has held various executive business and technology leadership roles at Schneider Electric, most recently, as vice-president, strategy and technology. He lives in Aarhus, Denmark, and holds a master’s degree in Computer Science & Embedded Engineering from the University of Southern Denmark. 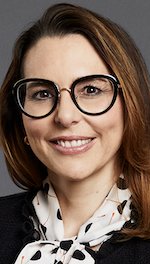 Susanne Schreiber is to be elected to the board of directors of Interroll Holding AG at its next Annual General Meeting on May 7, 2021. Schreiber has been a partner at Bär & Karrer AG in Zurich, Switzerland, since 2015 and co-heads the law firm’s tax department. Previously, she worked for an international law firm in Germany and for KPMG in Zurich, where she headed the Swiss Mergers & Acquisitions (M&A) tax department until 2015. She has extensive experience in international M&A transactions, capital markets transactions, and restructurings.

Sino-Global Shipping America, Ltd. has appointed Lei Nie as COO and Xintang You as CTO. Both appointments are effective January 28, 2021. Nie has been an employee of Sino-Global since 2017, where he has served as principal IT architect. Before joining Sino-Global, he was a senior architect in IBM China. You has more than 20 years of experience in semiconductors and intelligent hardware, cryptocurrency mining server design and ecology. From 2011 through 2020, he was CEO of Shenzhen Rayshine Technology and Shenzhen Ethermicro Technology, two companies focused in the cryptocurrency industry.