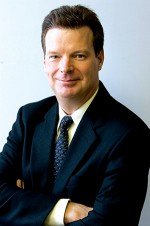 After more than 30 years in the trenches fighting on behalf of the trucking industry, David Bradley has announced he will be stepping aside as president and CEO of the Canadian Trucking Alliance and the Ontario Trucking Association at the end of 2017. Bradley joined OTA as Director of Economics in 1985 after starting his career on Bay St. Six years later he was promoted to president of the OTA. In 1997 he developed a plan to rejuvenate the national trucking lobby which culminated in his taking on the additional responsibility of leading the newly formed Canadian Trucking Alliance. He continues in the dual CTA-OTA role to this day. Over the course of his career Bradley has steered both organizations through some of the industry’s most turbulent times – brought on by deregulation, an unrelenting focus on truck safety, free trade, numerous recessions, at least one major overhaul of the tax system, changes to weights and dimensions standards, labour unrest, a thickening of the Canada-US border, and environmental regulations, just to name a few. Through it all he has been a tireless defender of the industry and a strong advocate of responsible trucking and tough safety standards, demonstrated by his unrelenting support of regulatory initiatives such as mandatory activation of speed limiters and the upcoming requirement for electronic logging device. 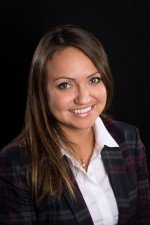 Olya Lebedyeva has been appointed vice-president, business development at SEKO Logistics to help spearhead its growth into new markets through the recruitment of more strategic partners in the US. Based in Chicago, she will also work closely with SEKO’S current strategic partners to strengthen communications, sales and market development. Lebedyeva joins SEKO after five years working in general manager roles for Air Menzies International in the US. During this time her responsibilities included procurement with major global carriers, managing the national sales team, and the development and launch of new products. She began her career in the US with Alliance Airlines before joining SAS Cargo in customer service and account management roles. In 2008, before joining Air Menzies, Lebedyeva was the Midwest Regional Manager for the cargo general sales agent, Platinum Air Cargo.

Kwang-Soo Lee has joined TIACA’s Board of Directors, bringing 25 years of experience in the aviation industry. Lee is VP marketing and member of the board of directors at Seoul-Incheon International Airport, South Korea’s largest airport and the fourth busiest in Asia in terms of cargo traffic. Lee began his working career with electronics giant Samsung before taking his first role in aviation with Northwest Airlines in 1990. He joined Seoul-Incheon International Airport in 1998 and is an expert in airport commercial facility operations, airport cargo and passenger marketing. He graduated from Korea Aerospace University in 1984 and received his MBA from Yonsei University School of Business.