January 18, 2021
by Inside Logistics Online Staff

January 18, 2021
by Inside Logistics Online Staff 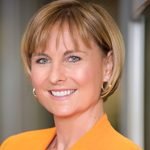 Madeleine Paquin is now heading up the board of CargoM, the logistics and transportation metropolitan cluster of Montreal. President and CEO of Logistec Corporation since 1996, Paquin is also a director on the boards of Air Canada and the Maritime Employers Association. The CargoM board also appointed Michael Grier, vice-president, global logistics, Dorel Industries Inc. as co-chair, and Darren Reynolds, director, business development, sales and marketing at CN, as the new treasurer. CargoM has also hired Amy Lombard as project manager.She will be responsible for sector development opportunities and innovation and fluidity. A graduate of the Université de Montréal, Lombard holds a bachelor’s degree in environmental geography as well as a master’s in geography with a focus on marine transportation. She brings more than six years of experience in the transportation and environment sectors, previously working for companies such as Cirrelt, Logistec and Lowe’s Canada.

Logistec Stevedoring Inc. has appointed Philip O’Brien vice-president, business development. O’Brien was formerly president and founder of Gestion Castaloop Inc., which Logistec acquired in December 2020. Before Castaloop, O’Brien was director, business development with Groupe Bellemare and previously was with QSL for close to 20 years as vice-president, marketing, break-bulk. 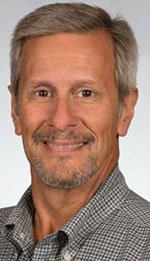 Tompkins Robotics has named Mike Futch its CEO. Futch, who has served as the company’s president since its inception in 2017, will retain that position. Previously, Futch had been with Tompkins International for nearly 20 years. Before joining Tompkins, Futch held senior leadership positions at several supply chain consulting firms and also served in the U.S. Air Force. Futch has a Bachelor of Science in Industrial Engineering from North Carolina State University.