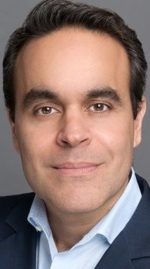 Purolator has hired Paul Tessy as senior vice-president, international. Tessy comes to Purolator from DHL e-Commerce where he held a number of senior roles including CEO, Latin American and Canada and senior vice-president, sales and customer service. Before DHL, he held a variety of global leadership roles with TNT, including president and CEO of TNT Spring Americas. Tessy holds a B.Sc., Industrial Engineering from the University of Toronto. He was a member on the Board of Directors of the U.S. Parcel Shipping Association.

VSE Corporation CEO, president and member of the board of directors, Maurice “Mo” Gauthier, has stepped down after 11 years of dedicated service. The board elected John Cuomo to the position of CEO and president and to the board of directors effective April 15, 2019. Gauthier served as CEO, president and COO since April 2008 and as a member of the board shortly thereafter. Cuomo was previously vice-president and general manager of Boeing Distribution Services Inc. Before Boeing’s acquisition of the Aerospace Solutions Group (ASG) of KLX Inc. in October of 2018, he was general manager of ASG. Cuomo has over 18 years of experience in the aerospace distribution and services market and served in multiple roles and functions at B/E Aerospace from April 2000 to 2014. He has a Juris Doctorate from the University of Miami and an MBA.

The supervisory board at STILL GmbH has reappointed Henry Puhl as chairman of the STILL management doard and president of the STILL EMEA operating unit for a further four-year term. Puhl has been at helm of the STILL EMEA Operating Unit, which supplies key markets in Europe, the Middle East, and Africa, since April 1, 2016. His second term as head of the Hamburg-based provider of premium industrial trucks, systems solutions, and comprehensive services begins on April 1, 2020. Puhl, who holds a PhD in mechanical engineering, is also a member of KION’s Group Executive Committee (GEC), which includes members of the KION Group Executive Board and the presidents of the operating units.