Appointments, promotions, moves and changes in the supply chain this week

CEO Doug Pickard has retired from Cimcorp Automation Ltd after leading the company, which he co-founded as RMT Robotics Ltd, for nearly 35 years. His successor, Operations Manager Rick Trigatti, stepped into the role of president of the company’s North American subsidiary. Trigatti joined Cimcorp, then RMT Robotics, in 2000 and led the software development and project management groups before becoming the operations manager for North America. During this time, he focused on operational efficiencies and maintaining consistent, predictable operations across the organization. Born and raised in Ontario, Trigatti attended the University of Waterloo where he obtained a Bachelor of Science degree in mechanical engineering and a Master of Science degree in management of technology. 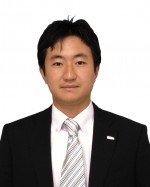 SATO has appointed Hayato Shindo as its new head of Asia. Shindo, who currently serves as the managing director of SATO Auto-ID Thailand, will take on the role effective immediately. Shindo has spent 15 years with SATO, holding positions of increasing responsibility in sales and management of overseas subsidiaries. He has worked across Japan, China and South East Asia. In his new role he will continue to manage operations at SATO Auto-ID Thailand, while working to oversee SATO’s expansion across the region, covering Singapore, China, India, Indonesia, Malaysia, Thailand, Vietnam, the Philippines and South Korea.

The Renault-Nissan Alliance has appointed Jérôme Olive as alliance executive vice-president, Alliance Manufacturing Engineering & Supply Chain Management, effective August 1. Olive, currently senior vice-president, Manufacturing and Logistics Europe, Renault s.a.s., replaces Shohei Kimura who will move to a new leadership position in manufacturing within the Nissan group. His new position will be announced at a later date. Kimura has been head of the converged Alliance Manufacturing Engineering & Supply Chain Management function since its creation on April 1, 2014. In his new position, Olive will be in charge of further accelerating integration. Olive joined Renault in 1982. He held various manufacturing-related positions at plants in France. In 2010, he joined Renault’s subsidiary Dacia as managing director of the Renault Group in Romania and Managing Director of Dacia. In 2013, he was appointed Industrial Director for Renault’s Euromed-Africa Region, in addition to his role at Dacia. He was promoted to senior vice-president, Manufacturing and Logistics Europe in January 2014, responsible for 16 production sites.