Stephen Tobias has resigned from the Board of Directors of Canadian Pacific Railway Limited and Canadian Pacific Railway Company, effective June 29, 2015. He joined the board in May 2012. As interim CEO, Tobias helped steer CP’s board and management transformation from May 17, 2012 until the appointment of E. Hunter Harrison on June 28, 2012. Tobias was also Chair of the Safety, Operations and Environment Committee from June, 2012 until May, 2015 and served on CP’s Management Resources and Compensation, and Corporate Governance and Nominating Committees. At this time the Board does not intend to fill the vacancy created by Tobias’s departure. 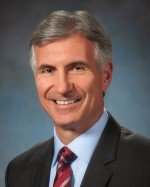 Joseph (Joe) Dagnese has been named president of Con-way Freight, the company’s regional and national less-than truckload (LTL) subsidiary and largest operating unit. Dagnese assumes his new position immediately, succeeding Gregory Lehmkuhl, who resigned as president of Con-way Freight to pursue an opportunity as chief executive officer of a private equity-owned company. Dagnese, a 32-year veteran of the transportation and logistics industry, moves into the top leadership role at Con-way Freight from Con-way Truckload, where he served as its president. Dagnese began his career at Con-way in 1995, when he joined Menlo Logistics, Con-way’s global logistics and supply chain management unit. He joined Menlo following 14 years with The Procter & Gamble Company. A successor for the president’s role at Con-way Truckload will be named at a later date. 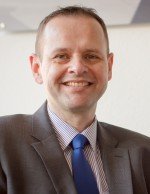 Lufthansa Cargo has appointed several new managers in its Product & Sales division this summer. Frank Naeve will be responsible for the Area Management Asia/Pacific as vice-president. Naeve is currently in charge of the eCargo programme. In the past he served in various executive positions in Asia, among others as general manager of the Chinese cargo airline Jade Cargo International. Naeve will succeed Helge Krüger-Lorenzen, who is to become vice-president Capacity Management at Lufthansa Cargo. Helge Krueger-Lorenzen has worked for the Lufthansa Group 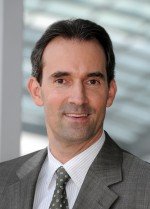 since 1987 and overseen Lufthansa Cargo’s business in Asia/Pacific since September 2010. He was previously in charge of Global Sales Steering. In his new position he will be responsible for Market & Network Planning as well as Revenue Management. Boris Hueske, currently leading Capacity Management on an interim basis will be taking over a new responsibility within Lufthansa Cargo, which will be communicated in due course. Global Sales Management will be headed by Dorothea von Boxberg. Von Boxberg has been with the Lufthansa Group since September 2007 and is currently the responsible director for Customer Experience at 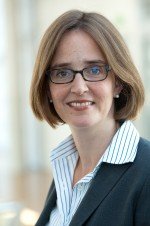 Lufthansa Passenger Airlines. In addition, she previously served as head of the strategy department among other positions. In her new function she will be vice-president in charge of world-wide pricing and the cargo airline’s sales strategy and steering.