June 8, 2020
by Inside Logistics Online Staff

June 8, 2020
by Inside Logistics Online Staff 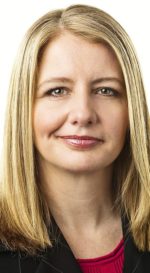 Tamara Vrooman has been appointed president and CEO of Vancouver Airport Authority, effective July 1, 2020. Vrooman succeeds Craig Richmond who announced in November 2019 that he will be retiring at the end of June after seven years leading the organization that operates Vancouver International Airport (YVR). Vrooman joins YVR following 13 years as president and CEO of Vancity. Previously, Vrooman was deputy minister of finance for the province of British Columbia. She was named Business in Vancouver’s BC CEO of the Year (Major Private Company) in 2015 and was recognized with the Order of British Columbia in 2019. 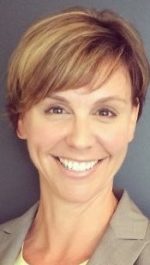 Expeditors International of Washington, Inc. has appointed Kelly Blacker to the role of senior vice-president, global air. Blacker has held several leadership positions over her 25-year career at Expeditors, most recently as regional vice-president mid-Atlantic. She is a licensed U.S. Customs Broker and IATA/FIATA certified. Currently based in Atlanta, Blacker will be relocating to the Seattle corporate office. Her promotion follows the announcement that Jose Ubeda will transition to senior vice-president, digital solutions.

Flux Power Holdings, Inc. has appointed John Cosentino, Jr. as a new member of the board of directors to fill a position vacated with the resignation of James Gevarges. Cosentino has extensive experience in management, private equity, and as a board member of numerous companies. He is currently vice-chairman and lead director at Sturm Ruger & Co., chairman at Habco Industries LLC, and director at Simonds International. He held positions as VP operations at The Stanley Works, president of Otis Elevator North America at United Technologies Corporation, group executive at Danaher Corporation, VP finance at Black & Decker Corporation Household Products Group, and VP finance at United Technologies Automotive Group. Cosentino received an undergraduate degree from Harvard University and an MBA from Wharton School of University of Pennsylvania.