The Lion Electric Company has named Brian Piern as chief commercial officer, effective June 7, 2021. Piern most recently served as vice-president, sales and marketing at XL Fleet Corp. Before that he served as senior vice-president of sales at Element Fleet Management and previously held the same position at GE Capital. He has also served in senior roles at Schneider National, Lockheed Martin, and Citicorp. Piern holds a Master of Business Administration with a concentration in Marketing from the University of Phoenix.

Andreea Crisan has become majority shareholder and has been named president and CEO of Andy Transport Group, based in Montreal, Quebec. Crisan assumes the position from her father Ilie Crisan, the current president and founder. He is will stepping down from his role of president but will remain chairman of the board. Andreea has held several leadership positions of increasing responsibility since joining Andy. She played a vital role in the growth of the Group and the management of the overall activities, including daily operations, creating and implementing processes and information systems, as well as hiring of key employees. Recipient of numerous awards and distinctions (including Canada’s Most Powerful Women: Top 100 Awards and an EY Entrepreneur of the Year award), Andreea will continue to sit on the Traffic Club of Montreal’s board of directors and to play an active role in the community. 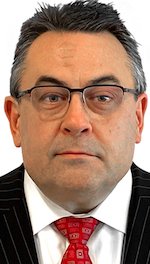 Crane Worldwide Logistics has appointed John O’Connor as executive vice-president, strategic development. O’Connor has over 28 years of experience in the logistics industry, including high profile roles with European based supply chain organizations.

Asite has appointed Jas Mann as head of supply chain management (SCM). Before joining Asite in February 2021, Mann has over 20 years’ experience in the built environment industry, previously working at Laing O’Rourke, an international engineering enterprise. Mann’s latest role saw him collaborate with Laing O’Rourke’s vast supply chain to continuously enhance the management and development of their enterprise applications.