May 6, 2019
by Inside Logistics Online Staff

May 6, 2019
by Inside Logistics Online Staff

Isabelle Courville takes over as chair of CP’s board of directors on May 7, 2019. Courville has been a member of the CP board since May 1, 2013. She chaired the Audit Committee from 2014 to 2016 and since 2016 is chair of the Management, Resources and Compensation Committee. In April 2019, Courville concluded her tenure as chair of the board of directors of the Laurentian Bank of Canada. Courville, an engineer and a lawyer by training, was active for over 25 years in the energy and telecommunications sectors. She served as president of Hydro‐Québec Distribution, president of Hydro‑Québec TransÉnergie, president of Bell Canada’s Enterprise Group and as president and CEO of Bell Nordiq Group. Reardon has been a director of CP since May 1, 2013 and chairman of the board since July 20, 2015. Courville replaces Andrew Reardon who is retiring from the board. A veteran of the railroad industry for over 40 years, Reardon served as president, CEO and chairman of TTX Company from 2001 to 2008. 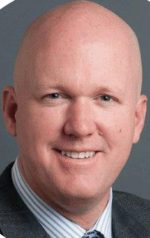 Transplace has hired Matthew Harding as the company’s senior vice-president of data science. Harding will report directly to CTO Jim French. With more than 20 years of supply chain and transportation industry experience, Harding has held numerous leadership roles supporting consulting, technology, data analytics and third party logistics (3PL) services. He comes to Transplace from Chainalytics, where he served as vice-president, freight market intelligence consortiums, and developed transportation market intelligence products for shippers and 3PLs. Previously he was vice president of consulting at Transplace. He has also held leadership positions at Manhattan Associates, Logistics.com, Inc. and The Sabre Group.