Lisa Ann Keenan of Saint John, New Brunswick has been appointed to the board of directors of the Saint John Port Authority for a term of three years. Keenan has been practising law in Saint John for more than 20 years, and has served on several boards, including as past president and director of Saint John Non Profit Housing Inc., president of the New Brunswick Red Cross, and member of the board of governors of the Canadian Red Cross. Recently, Keenan received the E. Neil McKelvey, Q.C. Pro Bono and Volunteer Service Award from the Canadian Bar Association.

Audrey Cope of Qualicum Beach, BC will serve on the board of directors of the Nanaimo Port Authority for a term of three years. Cope has more than 27 years of experience with a small boat building and design business. She also has almost 30 years in travel consulting and management. Cope holds a B.S. in Languages and Linguistics from Georgetown University in Washington, DC. 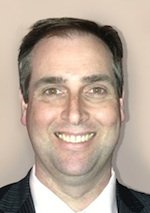 Curt Spycher joins Forte as director of automation engineering. Spycher is charged with ensuring FORTE clients receive quality design, installation, commissioning and support. Spycher brings more than 17 years of professional experience to his role from FlexLink Systems, where he was responsible for sales, operations, project management and engineering during the course of his career. He has an MBA from the University of Phoenix. 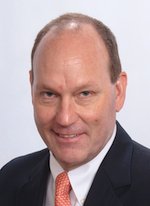 JLG Industries, Inc has promoted Michael Brown to vice president of sales and market development for Mexico, Central America, the Caribbean and designated markets in South America. Brown, who has been with JLG Industries since 2011, was instrumental in forming and developing JLG’s business infrastructure in those markets. He joined JLG Industries after working 14 years with industrial equipment companies in Latin America. Brown is a member of the Association of Equipment Manufacturers (AEM), Construction Equipment Latin America Regional Management Committee (CELARMC), and past president and board member of the Mexican Association of Machinery Distributors (AMDM). He has an MBA in International Management.