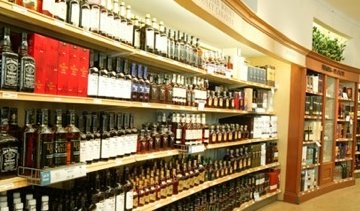 A warehouse system project for the LCBO is over budget by $425,000

OTTAWA, Ontario—A Liquor Control Board of Ontario (LCBO) contract to create an automated warehouse system for keg beer and speciality products is more than a year overdue and $425,000 over budget.

The system was competitively tendered in 2011, with the contract originally awarded to Tecsys Inc for $1.55 million.

“Tecsys ended up being the winner, both in overall capacity and in price,” LCBO’s Hugh Kelly, senior vice president of information technology, said in July 2011 after six firms bid on the contract.

“A million bucks is a lot of money if it’s yours and mine, but when you’re looking at acquiring software and implementation services, it’s really not a whole lot,” he told ComputerWorld Canada at the time.

Almost two years later the system is still not in place, and the IT department had to go back to the LCBO’s board of directors in January to ask for another $425,000 in unexpected costs.

Members of the board raised “the question of how to avoid a similar situation happening in the future,” documents obtained under Ontario’s freedom-of-information law show.

Eventually, the board approved the increase after being assured the matter “would withstand a review by the ministry (of finance).”

“The product was not suitable ‘out of the box’ and, as a result, required customization,” LCBO spokeswoman Heather MacGregor said in an emailed response to questions.

She cited a series of problems, including changes to the original specifications to meet new financial reporting standards, and further changes to nine of the 17 customizations the product needed.

“The system is testing very well and is anticipated to be in place in September 2013, roughly a year later than originally planned,” she said.

The chair of the LCBO board, Phillip Olsson, did not vote on the increased amount for the Tecsys Inc contract when the matter came up in a January teleconference, declaring a conflict of interest. The minutes of that meeting say he also refrained from participating in the discussion.

Olsson is a member of a Toronto firm, KJ Harrison and Partners Inc, which manages the investments of high-net-worth individuals.

MacGregor said Olsson recused himself from discussion and voting on the increase in the Tecsys Inc contract because “there was a possibility that one of the funds his firm manages for clients contained a holding in Tecsys Inc.”

“That fund was managed by another portfolio manager in his firm who specialized in technology investments, and who had independently identified Tecsys Inc as a possible investment,” she said.

MacGregor added that Olsson has no personal financial interest in Tecsys, and has never contacted the company.

Olsson did not declare a conflict in 2011, when the contract was first awarded, because there was no conflict at the time, she said.

A spokesman for Tecsys, Robert Nehme, declined to comment on the contract cost overrun, referring questions to the LCBO.

The Tecsys system replaces a warehousing system, created in the late 1990s, that allows customers to place special orders for products not otherwise available at LCBO locations.

Last year, the LCBO had net sales of $4.71 billion, and gave a record $1.63 billion to the Ontario government.