Agreements not yet ratified 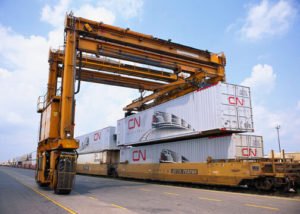 MONTREAL – Four new tentative agreements have been reached with Unifor National Council 4000 and CN and CN Transportation Ltd in Montreal.

“Earlier this year we set a new wage pattern for the rail sector and we are pleased to be able to conclude these negotiations with agreements that make sure our hard working rail members earn their fair share in wages and benefits” said Jerry Dias, Unifor national president.

Bargaining began on January 24, 2019 with four separate bargaining committees who worked together to reach the best deal possible for our members which has significant gains in work rules, wages and benefits.

“Our members continue to be the driving force behind CN’s continued success, and we are pleased to recommend these new agreements to our members,” said Dave Kissack, president of Unifor National Council 4000.

Details of the new agreements will not be made public until they are presented to members at a series of ratification meetings.

Unifor is Canada’s largest union in the private sector, representing 315,000 workers in every major area of the economy. The union advocates for all working people and their rights, fights for equality and social justice in Canada and abroad, and strives to create progressive change for a better future.