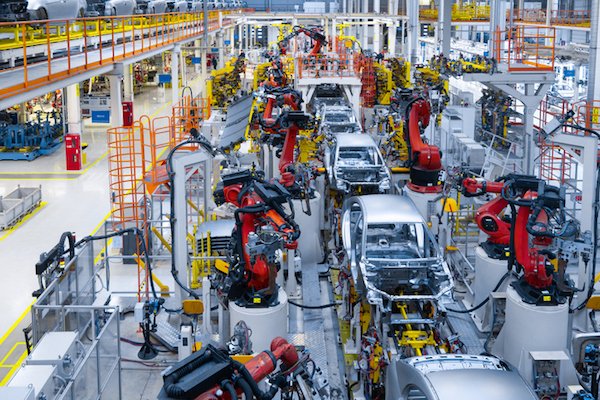 To be an autoworker in Canada this year has meant living with a fair bit of uncertainty.

“There’s no consistency,” said Mark Sciberras, president of the Unifor local branch at Ford Motor Co.’s Oakville, Ont. operations. “One week to the next, you don’t know if you’re working.”

The Oakville plant, like so many auto assembly lines globally, has seen its production start and stop numerous times this year because of the severe semiconductor chip shortage caused by pandemic-related production issues and a surge in demand for electronics.

As the supply chain issues drag on though, it has become clear that Canada’s production slowdown is worse than many other countries.

Production in Canada for the 12 months to July of this year was down 6.6 per cent compared with a year earlier – levels that were already low because of widespread shutdowns in the spring of 2020.

Canada is now on track to produce only about 1.2 million vehicles this year, down from 1.4 million last year and well off the 2.2 million yearly average for the decade up until 2019, according to a Scotiabank Economics report.

Production in Canada hasn’t hit these lows since 1982, when the industry was reeling from the triple shock of an oil crisis, rising overseas competition, and the worst recession in a generation.

Canada is being hit especially hard, Fiorani said, in part because there aren’t many assembly lines, so when one goes down it quickly skews the numbers.

Auto companies are also prioritizing semiconductor chips for their highest-margin vehicles, he said, which are pickup trucks and SUVs. That has meant frequent downtime for minivan production at the plant for Chrysler parent Stellantis in Windsor, Ont. and sedan production at their Brampton, Ont. line, as well as for the Ford Edge production at Oakville.

“Lower profit sedans or minivans are going to take the brunt of the lost chips when you’re trying to focus your chips on higher profit vehicles,” said Fiorani.

The General Motors plant in Ingersoll, Ont., which is slated for a new production line for electric delivery vehicles next year, has been largely down since February.

“We went down Feb. 7, and we’ve been down ever since, other than three weeks in June,” said plant chairman Mike Van Boekel.

“It’s been very rough, especially on the junior people, but obviously after that many months we’ve just got to get back to work.”

Auto parts suppliers have also been feeling the crunch, being hit with a series of “rolling brownouts”, said Flavio Volpe, president of the Automotive Parts Manufacturers’ Association.

“We all have the same problem and there’s no escaping it. No escaping the fact that microchips play very very prominently in todays’ cars and exponentially in the future.”

He said that like many, he was expecting the shortage to have relented by now, but that most industry analysts are now talking about the first or second quarter next year.

There are already some signs of improvement. Workers at GM’s Ingersoll plant might finally get back to work on Oct. 18, since the company hasn’t issued a layoff extension, said Boekel. He said the company has also indicated it doesn’t want to restart the Equinox production unless they can maintain it.

“Hopefully once we get going it’s just a steady flow from then on.”

The Stellantis plant in Windsor has also been running three weeks straight after extensive downtime this year, and the Ford Oakville plant was back to work last week after being off the week before.

And some automakers have fared better with the supply shortages. Toyota spokesman Michael Bouliane said that while supply chain issues have affected production across its North American plants, the company doesn’t anticipate it having any impact on employment levels at this time.

Fiorani said that computer chips for the auto industry have lower profit margins, since they need to be built more robustly that those for phones or electronics, so it’s unclear just how much supply the industry will secure.

But with semiconductor companies investing heavily in new production, there should be some relief next year, he said.

“At this point we’re looking at the second half of next year, with the possibility of it going even later if the proper supply of chips haven’t been earmarked for the automotive industry.”