CP Rail to buy Kansas City Southern for US$25 billion 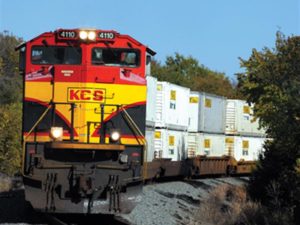 On a conference call to discuss the deal, executives described it as “historic” and “unparalleled” and said it will result in $800 million in annual revenue growth within three years after U.S. regulatory approval is received, expected in mid-2022.

“A deal like this, the stars have to align and I would suggest that the stars have aligned to make this deal happen,” said CP Rail chief executive Keith Creel, noting the two smallest North American Class 1 railroads have had among the top growth profiles over the past three years.

The Covid-19 pandemic has brought home the value of risk-free supply chains, and the passage of the free trade deal between Canada, the United States and Mexico last year offers “certainty and stability” for a combined company with operations in all three countries, said KCS CEO Pat Ottensmeyer on the call.

“The operational and cultural alignment between our two companies makes this a natural fit,” he said.

On Twitter, Alberta Premier Jason Kenney said he’d been briefed by the companies and assured there would be no job losses in Calgary, which will remain the global headquarters for the merged firm while Kansas City, Mo., will house its U.S. headquarters.

“The combined rail network will give CP direct access to the U.S. Gulf Coast and beyond, allowing it seamlessly to transport Alberta energy directly to Gulf Coast refineries, improving the economics of crude by rail,” Kenney tweeted.

Under the deal, shares of Kansas City Southern will be valued at $275 per share, representing a 23 percent premium over Friday’s closing prices, the companies said in a joint news release.

KCS shareholders will receive 0.489 of a CP share and $90 in cash for each KCS common share held. The resulting company will be 75 percent owned by CP Rail shareholders.

The merger must be approved by the Surface Transportation Board, a U.S. federal regulatory agency, to proceed, executives said. They said it doesn’t require regulatory approvals in Canada or Mexico.

The merger will likely be welcomed by investors of both companies in the form of higher stock prices on Monday, analysts with Credit Suisse said in a report, adding they expect it will win approval from the U.S. regulator.

“There is little overlap between the CP and (KCS) networks, with the one major connection point in Kansas City (where the two rails share a yard),” they said. “…We don’t think the combination will set off any major alarms concerning significant competitive harm to shippers or other railroads.”

The combined company is to operate more than 32,100 kilometres of rail in Canada, the U.S. and Mexico, employ about 20,000 workers and generate total revenue of about $8.7 billion, based on 2020 figures.

KCS said it earned about 47 percent of its 2020 revenue in Mexco, where it operates under a 50-year renewable concession with the federal government that expires in 2047.

The combined railroad is to be renamed Canadian Pacific Kansas City and Creel is to continue as CEO.

CP Rail also announced Sunday that it had amended Creel’s incentive compensation under his contract to ensure he leads the company until at least early 2026 to oversee completion of the deal.

The company expects to realize $180 million in annual cost savings from fuel efficiency, administration, equipment rents, facilities, information technology and licensing, but that doesn’t mean it will have fewer employees, said Nadeem Velani, chief financial officer for CP Rail, on the call.

“Although there will be rationalization of some redundant functions, our expectation is that head count across the network will grow when the synergies are realized in 2023 to 2025,” he said.

To fund the stock consideration of the merger, CP will issue 44.5 million new shares. The cash portion will be funded through cash and taking on about $8.6 billion in debt, it said.

The deal with KCS follows failed attempts by CP Rail to merge with American railway CSX in 2014, and a few years later with Norfolk Southern.