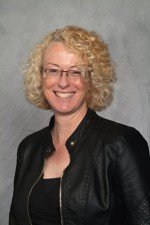 3D printing first came to my attention in 2007. Back then it was referred to as “rapid prototyping” and it had limited application. Mostly, it was used to make scale  models of parts. Materials were limited to plastics and the printers were small in size.

It’s a different world now. 3D printing has gone from stunts like the first printed handgun, with amateurish home printers, to now approaching mainstream use. Up to 28 percent of products 3D printed are now for the end user.

And it will have applications with a potentially huge effect on some supply chains. Indeed, some are calling it the third industrial revolution.

The technology is advancing rapidly, and has progressed from plastic to paper to metal foil and now on to laser sintering which builds parts from metal powder.

Forecasters have pegged 3D printing as an industry that will show revenues of  US$21 billion by 2020, with growth at 31 percent a year.

Some of that growth will be at the expense of transportation and storage of finished goods. 3D printing is being called a disruptive technology because it has the potential to turn the supply chain on its head.

When products like parts, to identify just one example that’s fast gaining traction, can be manufactured on the site where they are needed instead of being made in one location and transported halfway around the world, you can see how the supply chain could change.

Processes that are already just-in-time could be fine tuned, and instead of relying on the timing of other manufacturers and transportation networks for the delivery of parts, manufacturers could print them on hand and as needed from a “library” of files provided by the parts designer.

Transportation of raw materials would suddenly become more important, and containerized finished goods, perhaps less so. Inventory would be stored in the form of bulk powders, not complex and awkwardly shaped objects that take up massive amounts of space.

Pilot projects and experiments are trying to prove the technology’s worth all over the world. Click here for one taking place at the Port of Rotterdam.

For a supply chain manager, it’s a development to keep an eye on. MM&D will strive to keep you up to date changes brought about by this technology.