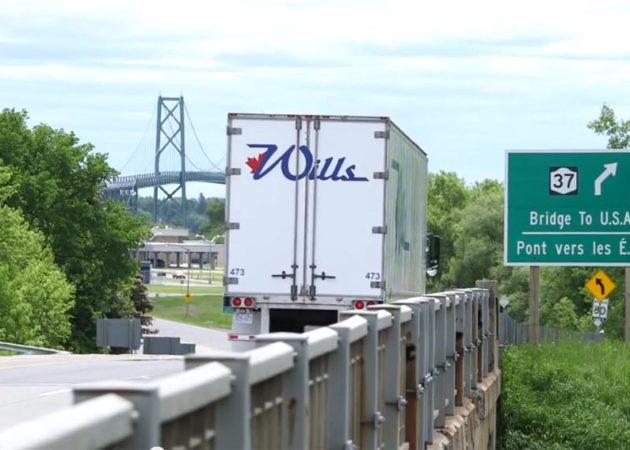 OGDENSBURG, NY–The Ogdensburg Bridge and Port Authority recently launched an interactive marketing campaign aimed at increasing truck traffic across its bridge from Ontario into New York. The OBPA engaged Toronto headquartered strategic marketing agency McLellan Group. With an eastern Ontario office, McLellan Group knows the area and works in both English and French which was critical for the Canadian audience. They created a short bilingual video hosted on a unique, interactive website, supported by social media and a traditional Direct Marketing campaign, the release said.

”We launched a marketing campaign for the bridge in an effort to educate truckers about the benefits of using the Ogdensburg-Prescott International Bridge. It is quicker and less expensive than other crossings” says John A. Rishe, OBPA Director of Commercial and Industrial Development.

The Ogdensburg Bridge has the cheapest tolls among the three bridges that span the St. Lawrence, and offers discounts such as pre-paid toll cards. For the campaign, McLellan enlisted the help of Benoit Therrien of Truck Stop Quebec to help tell Ogdensburg’s story. His internet radio talk show draws over 100,000 listeners a month.

“I’ve been in the trucking business for many years, and I know how the border can be a hassle. So when I was approached by McLellan Group to help tell Ogdensburg’s story, I couldn’t resist. I’m always looking to help out my fellow drivers, and my TruckStopQuebec radio program is the perfect platform to do just that,” Therrien says.

Joining the project as well was Wills Transfer of Brockville and independent driver Martin Lacoste, who worked closely with the production team over the course of the shoot. The interactive website and video are in both French and English, and are
already producing results, Rishe says.

“We have received positive feedback from the campaign with a number of trucking firms inquiring about our discount programs.” says Rishe. So far in the first month, truck traffic across the bridge has increased by more than ten percent. “The Ogdensburg-Prescott International Bridge is the single most important transportation facility in the North Country of New York because it links our small rural economy and businesses to a much larger market and population center in Canada. Without it we would be isolated from half the population circle around Ogdensburg and there would be little or no cross border trade between New York and Canada in this region.”

The interactive site can be viewed at: