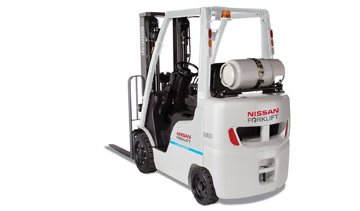 MARENGO, Illinois—As of today, Nissan forklifts will no longer be affiliated with the company whose name they carry.

Today, the fruition of those two deals has occurred as the two forklift companies have been blended together under the name UniCarriers Americas Corp. The new company is headquartered in Marengo Illinois and Peter Kruse is serving as UniCarriers president. The mandate of UniCarriers is to focus strictly on materials handling equipment.

While there may be some corporate shuffling, Steve Cianci, director of marketing and product management for UniCarriers, said Canadian TCM and Nissan customers shouldn’t see any major differences, at least in the short term.

“It should be seamless,” he said.

“It’s a merger of equals, but effective today, as far as support, product, people, processes, nothing has changed. From the market’s perspective, whether you’re in Canada or the US or any part of the Americas, it should be seamless, but with a business plan to grow and improve over the years.”

According to Cianci, there are no current plans to make changes at the dealership level.

Neither the Nissan brand nor the TCM brand will vanish. Instead trucks with both those names, as well as Atlet and Barrett vehicles, will gain an additional bit of script that adds “by UniCarriers” to the branding. That tagline is expected to last up to three years while the new company completes its transition phase. Warranties and servicing plans are to remain unchanged for now.