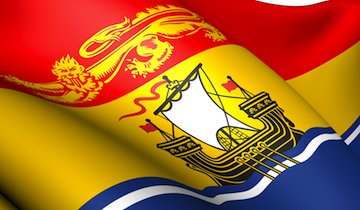 FREDERICTON, New Brunswick—The federal government is investing $800,000 in a project that will allow the province of New Brunswick determine the risks to the provincial supply chain.

Word of the investment came as part of a $20 million smorgasbord of funding announcements made by Defence Research and Development Canada, an agency of Canada’s department of national defence. The money is earmarked for 26 individual projects that fall under the Canadian Safety and Security Program.

The New Brunswick supply chain project is being headed by the province’s department of public safety. The Conference Board of Canada, Dalhousie University and Deep Logic Solutions Inc are all partners on the project.

The official announcement says the purpose of the project is to “develop a Canadian critical infrastructure supply chain risk management framework,” but the scope of the work isn’t likely to be that broad. According to Nick Martyn, found and CEO of Ottawa, Ontario-based Deep Logic Solutions Inc, the effort will focus specifically on the supply chain in New Brunswick.

“New Brunswick faces some interesting challenges because the supply chain for just about everything going into the Maritimes goes through New Brunswick. There are any number of serious threats to that supply chain: climatic threats, simple infrastructure threats—what if a bridge on the highway goes down—or God forbid there be some type of terrorist activity, or an interdiction at Point Lepreau [Nuclear Generating Station], which means a nuclear event. There are also trans-border events that are possible. There is a nuclear submarine base in Maine that could exert some sort of influence on that supply chain.

“So what they need to understand is how robust is the supply chain, what are the risks to it, and what third, fourth, and n-order consequences there are to any interdiction of the chain.”

Martyn says the number of factors that will be considered in the risk analysis will be extensive and broad-ranging.

“For example cyber security is a pretty important part of this because certain types of infrastructure controls are done with automated systems. And if those automated systems go down it affects the transit of goods.”

Martyn, says Deep Logic Solution’s role in the effort is to provide the software—the company’s RiskOutlook decision support solution—and train the researchers how to use it to perform the analysis. That will occur in about two months’ time, and the project will then run for approximately two years.

According to Martyn, Deep Logic is also involved in a similar project for the province of Saskatchewan.

In addition to the New Brunswick announcement the federal government also committed to spending $1.2 million to enhance X-ray systems capabilities currently used at airports and customs/border locations to improve baggage and cargo screening. That project is being led by Transport Canada with partner support from Chalk River, Ontario-based Bubble Technology Industries and the US Department of Homeland Security.